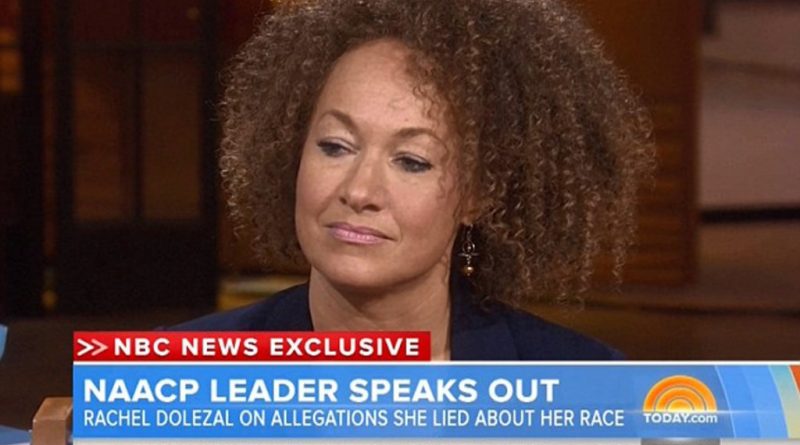 Just when you thought you’d heard and seen it all, the non-black former NAACP leader Rachel Dolezal is wrapped up in what I’ve dubbed Whitegate. She has been pretending to be black for years!

In case you missed the story: Dolezal’s white parents came forward saying Rachel is not African American at all. The family adopted black kids but Rachel is not adopted, meaning no matter who lives in your household, their colour doesn’t rub off on you. Dolezal has since left her position at the NAACP and has lost a teaching job and several other business dealings. She’s now shamed into being white again.

Seeing the humour in this, I decided to send out a press release on Wednesday coming out as a white male. I had the idea while I was walking my dogs earlier in the week and thought it would be funny to make statements like, “This is very hard for me to do” and “I hope people will accept me after this” as a way to laugh about the ridiculous story of Dolezal duping people.

But I never underestimate the response from an already-racially strained American society because the response was exactly what I was expecting.

“Making light of someone being ashamed of their skin color isn’t cool,” wrote one woman. Wait a second. Who said Dolezal is ashamed to be white? That’s never been mentioned.

“Your (sic) a white man. You don’t know struggles a black woman would have,” wrote another unimpressed reader. Hold up. Dolezal wouldn’t know the struggles of a black woman either… because she is not black! At best we could say she was going undercover in an attempt to see what it would be like.

The Dolezal scandal has been compared to Caitlyn Jenner’s recent reveal, saying if Bruce Jenner can now identify as a woman, why can’t someone identify as a different race or ethnicity? Well, the difference is Jenner is actually undergoing a process to become a woman. Unless Dolezal is going through surgical treatments to become African American – and really I don’t know what that would consist of since skin colouring would really be the only thing you could do – it’s not a fair comparison.

You can’t just inject Russian into you. I can’t rub perogies on my arm and say, “Bam, I’m Ukrainian now.”

And did you hear Donald Trump is running for president? We don’t even have time to get into that this week.

Not quite ready to go maskless in Manitoba