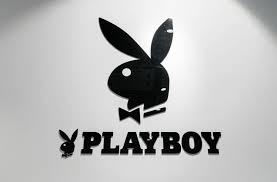 In what seems like an odd shift the former (though still current) nudie mag will shift its focus from boobs to brains — or so it says.

Running “PG-13” content early in the new year, Playboy has finally acknowledged that the Internet is a great place to find whatever dirty and raunchy content the heart — or other parts — desire.

Oh yeah, before you call me sexist, I read an interview with a former “bunny” who said she was encouraged to act dumb and giggle, being an overall ditz – hence the word “bimbo” in that last paragraph. It was her word, not mine.

At the end of the day, will Playboy be taken seriously? Will it produce relevant thought-provoking content that people will want to read, let alone pay for? Is the shift an attempt to attract a younger audience with non-X-rated material?

Hate to break it to you, Hef, but my 19-year-old cousin flipped through pictures on his phone and the teens these days are generating their own PG-13 — sometimes even worse — content so it’s unlikely you’ll win over their hearts… and other things.