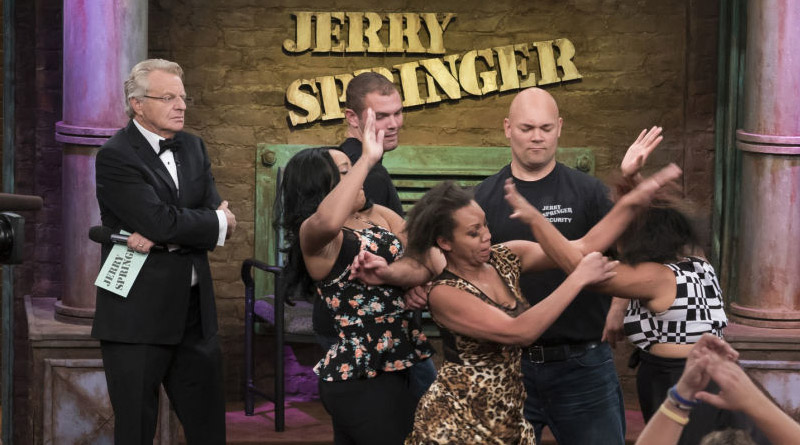 Jerry, Jerry, Jerry. That’s all I heard from classmates when I was in high school. Everybody loved the Jerry Springer Show because it was crazy, wild and the fights were awesome.

I’ll admit, I got into it even though I hate fighting. It was something we’d never seen before. As testosterone-fuelled teenagers it was great. People would argue on the show and we knew what would happen next: a brawl.

The fun didn’t last long, however, when critics said it was too much violence on TV, let alone daytime TV. The fights still happened but instead of the impact of a punch we saw the swing and a close-up shot of the audience and had to gauge from their reaction how good the scrap was.

Slowly the fights returned and it was the same old show we came to love as teenagers, though we were a little bit more mature so Springer wasn’t in our repertoire

Back in the day that was television excitement. It was long before the days of scandalous reality shows.

I am in the entertainment business. I have talked with hundreds of celebrities, many of them from reality shows. Now when I get a screener (a preview of a show) the violence is highlighted. It is no longer hidden away, it’s front and centre. The violence is the hook to get us to tune in.

One of the many “housewives” shows had producers remove glass and sharp objects from the camera-filled house because the violence was escalating. Heaven forbid they just pull the plug on the show before someone gets hurt, they want the hand-to-hand combat to be just that: without weapons.

The message is: we still wanna show you these people beating the snot out of each other and not using objects to inflict harm. One type of fighting is better than the other, I guess.

I don’t know that it’s saying something about TV networks or the audience because the usual drama-free happy shows don’t last long and that usually means ratings suck so the plug gets pulled.

Even when I tried to have a night out away from TV, I went to a hockey game and the crap-kicking was even worse there. And we wonder why murders and violent crimes are on the rise. Monkey see, monkey do. 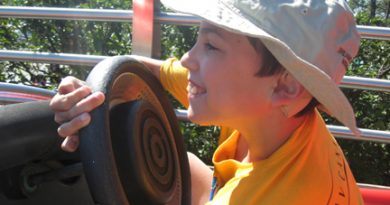