Several years ago the reality show competition thing went from finding genuine talent and being all about the contestants to celebrities increasing their status by appearing on the shows.

I’ve mentioned it before in this column that Simon Cowell is all about ego but he seemingly has a genuine interest in finding talented people and making them successful. Yes, a big part of their success puts money in his pocket but at least he has motivation to find someone good.

The latest developments with shows like American Idol and The X Factor are that the buzz starts months before the season premiere but it’s all about the rumblings and gossip about which celebs will be appearing.

We’ve heard Mariah Carey wanted to make more than Jennifer Lopez for judging on Idol and then we heard Katy Perry was offered more than Mariah (but turned it down) presumably sending Carey into a diva fit. If the money isn’t right, the celeb won’t do the show. Gone is any sort of interest about mentoring and helping mould an up-and-coming star; show me the money.

The only difference we’ve heard about Perry’s offer was that it wasn’t about the money she didn’t think the sinking ship that has become American Idol was right for her.

Years ago when Canadian Idol was on I covered the finales in Toronto. Carey performed on the last show and that meant we (the media) were crammed into a tiny room to set up shop and file reports and watch the show in discomfort because she had the spacious conference room we once used. Producers never did tell us how much it cost to have Mariah appear that night but she got whatever she wanted.

But it is also the audience’s fascination with celeb rumours and gossip that feeds the fire. Knowing people don’t like Howard Stern or wonder what kind of train wreck Britney Spears will be is more interesting than the actual competition.

I have covered many reality show red carpet and I look back at some of the pictures and see myself photographed with contestants and draw a blank saying, “No idea who that is.”

The fact is there are dozens of unknown contestants every season but the real entertainment is the high-priced stars that don’t give a crap about what they’re doing and are only there for the paycheque. 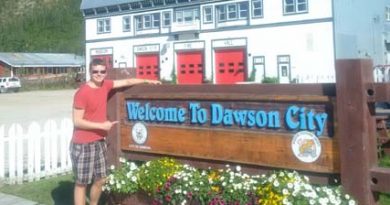