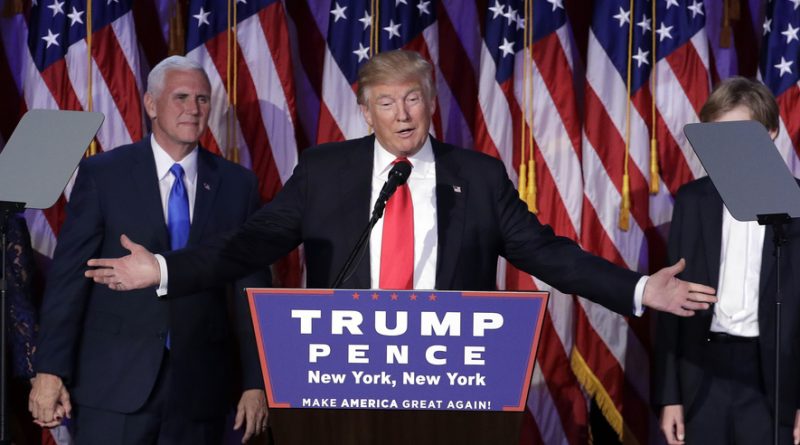 I’m really not one to say I told you so but… I kinda told you so. But to be fair, didn’t most Canadians predict a little unruly and uncivilized behaviour after last week’s U.S. election?

Let’s rewind: Because of press deadlines my column last week was written the day before the election. At the time it looked like Hillary Clinton was going to win. Instead, well, you know what happened: handsy Donald Trump took the White House. I predicted protests, rioting and violence and sure enough it happened.

While I do take pride in being right, there is a part of me that feels weird gloating about it. Then again, was anybody – Americans included – shocked that people were so up in arms about the election results that we didn’t see it coming?

As I pointed it, it wouldn’t have mattered who won, there would have been unrest. Now a week later it doesn’t seem like the stories of drama have gone away.

Tabloid website TMZ posted videos of rioters looting and a guy getting beaten up outside of his car that was ultimately stolen – all because he was accused of being a Trump voter. So even though Trump won, it wasn’t the deplorables (again, Clinton’s words, not mine) that were being vicious. Though I can’t say with certainty the people on the video were actual Trump supporters but political preference aside, anybody who will beat up somebody and steal their car based on a vote is deplorable. Can we all agree on that?

The monitor to my right is scrolling live tweets and it looks like every third or fourth tweet is still election related. Sometimes they are coming so fast I don’t even get to read the 140 characters. Generally I see the word “Trump” and some sort of profanity.

Was the election expected to bring together the nation? I think maybe that’s what people hoped. I’m not sure that it was likely to happen no matter what the outcome. If anything, it did help Americans come to a consensus and agree that they are divided and won’t see eye to eye any tine soon. So is that progress? Maybe a little?

Until then, prepare for round 2 on inauguration day when the country faces its next big Trump battle.

There was one thing that some Canadians took offence to. SNL had Kate McKinnon (who played Hillary Clinton in all the political sketches) sing Leonard Cohen’s Hallelujah during last weekend’s opening. While Canadians mourned a musical legend, Americans used the song for their own pity party about Clinton losing.