Last week, when the prime minister arrived for the Throne Speech in Ottawa, he was met with jeers and heckling from the crowd. I’m sure he gets that a lot wherever he goes lately.

While Justin Trudeau stood outside as O Canada played, the protestors continued. The music didn’t silence them and they continued their ruckus.

I wouldn’t consider myself overly patriotic but for some reason I took offence to this. And like most people nowadays, I took to Twitter to give my opinion.

“How disrespectful to be shouting and screaming in protest during the national anthem. You people are disgusting. You don’t have to respect #JustinTrudeau but you def need to respect your country.” It was direct and, if I may, “to the point.”

While many people agreed with me, others were quick to side with the protestors – and some, in return, called me racist… and one or two might’ve hurled a threat (that was quickly reported to Twitter).

Someone called Hunkerton replied, “Not really sure I understand why you would expect folks who are Indigenous to not protest during an anthem to the political forces that are killing them and stealing their land?”

Let me be clear: The protestors were never seen on camera so I had no visual confirmation of who was doing it. I heard the heckling and didn’t care who was behind it. Old, young, white, black, two-legged, four-legged – it didn’t matter. The point is, it was happening.

O Canada isn’t a government tune. It’s not a song for elected officials. It’s for everyone in the country. Despite our differences or how you might feel the government is screwing you, it’s a song for the people.

You can be pissed off at the government and find ways to flog them – hell, boo Trudeau day and night… have at ‘er – but most everyday people didn’t do anything to the protestors, so it’s misplaced to be, in a sense, booing the country because of what you think the leader is or isn’t doing for people.

Richard Armstrong commented about respecting the country: “They don’t because like 400 years ago white man stole their land apparently. And I’m still paying for it 400 years later. Get over it already. You didn’t own it u walked around on it.”

It was interesting to see how a simple comment quickly turned into the race debate – or at least, accusations of racism. Nothing about my comment pointed to any race or culture or background of person. It was directed at society.

For the most part, I remained silent on the replies and let people pile on. Remember, I’m all about expressing opinion and I prefer the irrational people make their point without me illustrating their character. 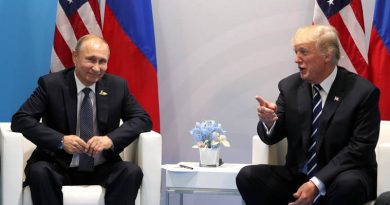 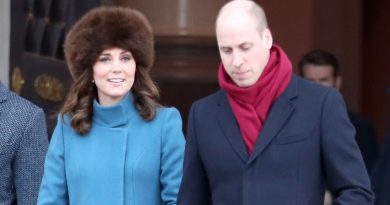