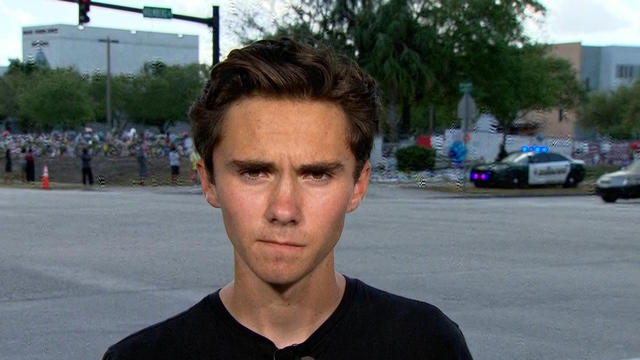 Oh, to be young and popular and the face of a nationwide campaign. But for 17-year-old David Hogg, who has risen to fame since the tragic Parkland school shootings, it makes me wonder if a sense of power has gone to his head.

Hogg has made international headlines after he and his peers took a stand against lawmakers and challenged U.S. gun legislation. He and many other people want it to be harder for people to legally purchase firearms.

In recent weeks, Hogg told TMZ that he has been rejected by four post-secondary schools and it had Fox News commentator Laura Ingraham criticize the teen about his “whining.”

In response to that, Hogg took to Twitter and listed a bunch of advertisers from Ingraham’s show. He ultimately encouraged his followers to reach out to the companies to stop putting their money behind Ingraham. It worked. Advertisers were dropping left, right and sideways, some suggesting they don’t support an adult that would ridicule a brave teen who survived a school shooting and lost friends in the ordeal.

Though I do wonder if Hogg is power-tripping by unleashing the mob on someone who took a jab at him. Admittedly Ingraham’s comment might have been in poor taste but this is another example of people trying to ruin a career and destroy someone’s life simply because they don’t like what they say or did.

Maybe Hogg could have just blocked Ingraham. Maybe he could have told her off in a tweet and been done with it. No, with his actions he is essentially trying to ruin her. I haven’t heard him explicitly say that but why else would he attempt to get every company to stop advertising on her show? Seems like a pretty harsh lesson for a snarky tweet lobbed at him.

Nevertheless, I am certain Hogg is going through an emotionally tough time. I can’t imagine what his life has been like in the past several weeks. I do hope he keeps a level head about his protests and crusades if he wants to be taken seriously by grownups. Looking at his Twitter page he certainly does have a lot of hostility and aggression.

It’s one thing to be a feisty teen but he might end up doing himself a disservice if he comes out swinging at everything and everyone.