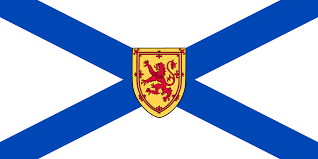 It’s Canada Day all over again. Well, more like Canada Two Weeks as the Olympics play out across the pond in London.

As Canucks are watching to see how athletes compete we once again get a sense of national pride (and bragging rights if they do well, of course).

But the Games also gives us a chance to hear about exceptional sportsmen from coast to coast to coast. We learn about them and see the stories from their hometowns. A lot of the hometowns are small rural communities most of us had never heard of or knew little about.

I just spent nearly a week in Nova Scotia after I got a wonderful invitation from local tourism offices and I explored the province and found lots of hidden gems up and down the coasts — and I’m not talking about the stones, I mean the places and people living there.

I had never been to Nova Scotia and my knowledge was limited to two things: Halifax and Anne Murray, neither of which I saw when I was there.

Places like Truro, Lunenburg, Gulliver’s Cove and Grand Pré sounded like chocolate, a movie and a car but they are locations I stopped at to explore.

I learned how the local economy is thriving but also at times struggling through battles with governments over the bodies of water and other natural resources. I learned that hard work is expected but also enjoyed when people live a simple life. And I learned that the G is silent in many words: learnin’, fishin’, eatin’, clammin’, etc.

The trip gave me a new appreciation for the country and all it has. I used to curse a rock when I stepped on it and stumbled, now I look at it and know the type and why it is shaped the way it is. What I thought was gross mossy weeds on the bottom of the ocean is actually edible food, it was incredible what I found out through my interactions with locals.

Canada is here for us to explore. If you have not ventured away from home, what are you waiting for?

THE DETAILS ARE AT novascotia.jbonair.com

How to feel un-Canadian during the Olympics