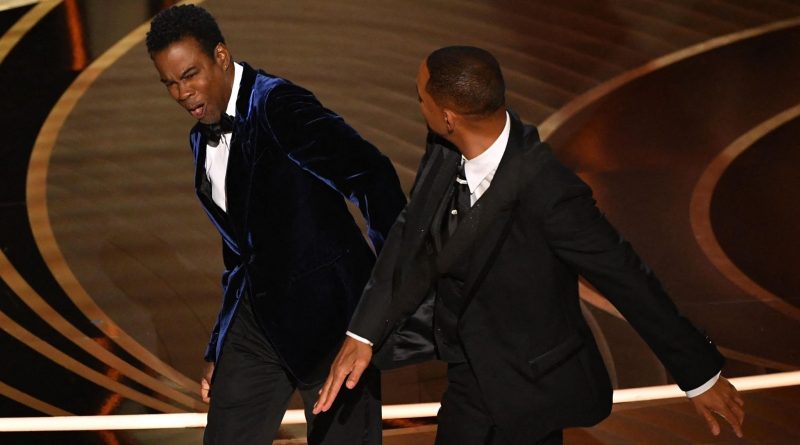 As an entertainment reporter who, like many of you, is sick of awards shows, I can’t tell you how thrilling the Will Smith smack was for me.

I’m not saying assaulting someone is the right thing to do. I mean as a news highlight — and simple fodder — I love it because it leads to days of chatter about an event we’d already have forgotten about by now.

You’ve heard the story, seen the clip and laughed at hundreds of memes about the Smith attack on Chris Rock at Sunday’s Oscars. Smith leaped from his seat and stormed the stage to attack Rock after a joke about Smith’s wife, Jada. The fallout was fast and furious.

Most level-headed viewers saw the act as inappropriate while others, such as comedian Tiffany Haddish, saw Smith’s actions as gallant and gentlemanly. Really.

“When I saw a black man stand up for his wife, that meant so much to me,” said Haddish. “As a woman, who has been unprotected, for someone to say, ‘Keep my wife’s name out your mouth, leave my wife alone,’ that’s what your husband is supposed to do, right? Protect you.”

Well, yes and no.

First, what does race have to do with this? Many people felt the incident, and that association, makes black men fall into the stereotype of being violent and out of control.

Second, is the word “protect.” There wasn’t much to “protect” Jada from. It was a joke. We can argue it was in poor taste, sure, but how does smacking a guy “protect” anyone from a joke? Leave, if that’s the case.

Third, maybe it’s generational or cultural or something entirely different, but is it considered appropriate for a woman (or any partner in a couple) to expect the other to punch out someone for any reason? Who wants their partner being a goon?

I have a dark sense of humour, sure. It’s why I have no desire to work in a big corporate environment, instead keeping a small, close team who’s been together over 10 years and that understands each other’s BS.

Previously, I’ve been told off and threatened because I made a joke about someone’s dog being ugly. “What if I said that about your mom?” was the enraged response from the so-called victim. Go for it. I’ve never understood the macho reply, “Don’t ever talk about my mother like that.” It’s not even about liking or disliking your mom, it’s a question of why a joke would pain me so much that I’d lash out to “protect” her.

Think about that reaction. My sarcasm had someone take personal offence to a dog’s look. This isn’t even their child or something they had a hand in creating, which I could understand someone being upset about. It was a dog. A dog.

So, as the Smith fallout continues it’ll be interesting to see how this plays out for awards shows, comedy shows — anywhere else that somebody could be offended and take matters into their own, well, hands. That could be anywhere nowadays. Remember, celebrities are “influencers” so if it’s OK for Will Smith to do it…