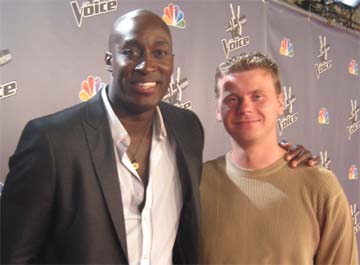 As another TV season comes to a close – and another one starts – I am once again peppered with questions about reality show finales. The big question from listeners of my syndicated radio shows is: why aren’t you reporting live from red carpets anymore?

The answer to that is simple: they are boring.

I realize that might sound like a pompous thing to say considering most celebrity fanatics would kill to be in Hollywood mingling with the rich and famous. But this is where the “rich and famous” is set apart from “reality shows.”

The time, the cost and the effort put into airing broadcasts from Hollywood or New York simply isn’t worth it when by next week you won’t remember the people on the reality show, anyway.

I will admit the novelty of being able to say to people, “Ugh, flying to L.A. again to cover another red carpet” was fun but I soon figured out that travelling upwards of eight hours each way and getting no sleep simply to cover a two-hour event and come back home was ridiculous. Remember, I live in Canada. If I lived in California it might be a different story.

I’ve said it once and I’ll say it again: reality shows are played out. The competition shows are near copycats of each other that sometimes you don’t even remember which show the contestant was on, but just that they “were on that show.”

As America’s Got Talent wrapped up another season I look back at the finales I covered in Hollywood, before it moved to the East Coast. I remember being there. I look at the pictures and I remember the people. But I honestly couldn’t tell you half of their names or anything about their appearances on the NBC reality show.

It was because of that that I decided not to travel to cover reality finales anymore. Will I be in Las Vegas for the American Country Awards? Yes. Will I be in New York for the TV Land Awards (if they ever do them again)? Yes.

But for being on a red carpet when most of the people will be back to the everyday life outside of showbiz, I have no interest in making the trek to talk to them. I wish them all the best but talking to them on the phone for an interview afterward is just as easy.