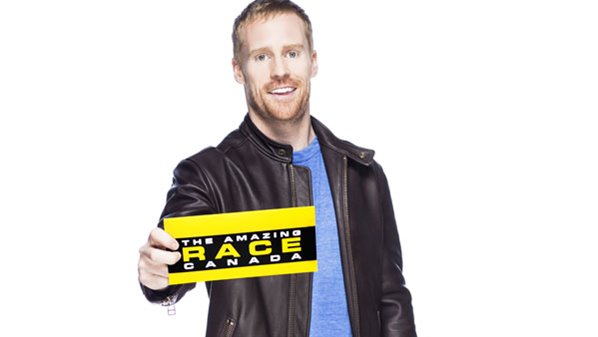 It was teased as though Canadians would be excited and on the edge of their seats. Instead, CTV’s big announcement about The Amazing Race coming to our country was 15 seconds of non-shock factor.

The hit reality show has been on CBS for 21 seasons. That seems like just enough of a delay that Canada would then (attempt to) mirror the success.

We’ve seen it before: Who Wants to be a Millionaire: Canadian Edition, Canadian Idol, Canada’s Got Talent, Bachelor Canada, So You Think You Can Dance Canada, Deal or No Deal Canada. What do they all have in common? A good try but ultimately ratings disasters.

These shows appear several years after premiering in the U.S. as the sizzle has cooled. Naturally, once the excitement has subsided the Canadian networks think they won’t be too upstaged by the competing American versions of the shows.

Thought at that point, people are either sick of the show or compare it (quite critically) to its American version. Either way, as I said, it’s a ratings failure – and laughable if you are one of the cynical TV viewers like me.

And as much as producers try to Canadianize a show, they still bring American influence, be it American judges (in the case of SYTYCD), a host (Howie Mandel, who despite being Canadian, is still pretty much American), or performers (most episodes of Canadian Idol).

I was at the series finale of Canadian Idol. Diva Mariah Carey performed and the place was turned upside down. Our usual media room (with big lounge, bar, etc.) was taken over and we were crammed into a room beside that. It was salt on the wound hearing music blasting from what was transformed into Carey’s dressing room. But all the buzz that night was how the Canadian show landed a huge American star.

Will Canadians tune into a show so low budget that contestants are only travelling our country instead of the world? It’s hard to say. Summer TV is just boring enough that people might tune in because everything else is in reruns.

But it is also a good excuse to blame poor ratings on summer weather when nobody is sitting inside watching TV. See how it works? If the show does well it’s because the production value was amazing. If it tanks, it’s because of the weather and timing and any other excuse the TV network is already cooking up.

Racism, vicious name calling and hate: just another week in the U.S.