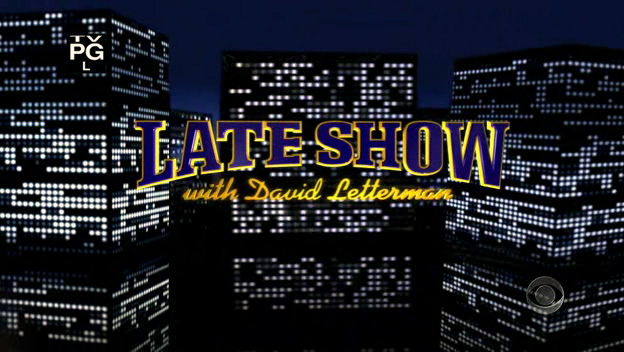 David Letterman is a late-night legend. He’s been in broadcasting longer than I have been alive.

I remember as a kid finding his crazy antics to be hilariously funny — even if I didn’t really understand the adult humour at the time.

I had an appreciation for what he did and the creativity of his stand-up persona. Oh geez, listen to me making it sound like he’s dead. OK, so Letterman might not be dead, but perhaps his love of doing TV is.

His quick wit and style are still there but he just doesn’t have the oomph anymore. Back in the day he had high production value for his “bits” and shtick but now it seems lazy.

Jay Leno is constantly running around the streets and has regular comedy segments on the Tonight Show.

Years ago, rarely was Letterman seated behind his desk unless a guest was chatting. He was always roving through the audience playing games or out on the street and up to no good.

Now, Letterman’s relaxed approach — considered lazy by many — is more him telling stories and going on rants while the odd time a staff member comes out for a somewhat-laughable joke, creating an awkward moment.

Some say late night isn’t an old man’s game anymore. I disagree. I think it can be if the effort is there.

If you have ever watched Late Night with Jimmy Fallon you see the passion for quality comedy and almost want much of that than his guest interviews.

With Fallon’s show, you hear actual laughter from the audience. Too often with Letterman you only hear applause after a joke — people are acknowledging the effort but not busting a gut laughing.

Many TV critics are waiting for Letterman to announce his retirement from CBS, the TV network that has the oldest demographic watching.

Now it makes me wonder if he is a perfect fit for the ageing audience and if a younger host would work in his time slot.