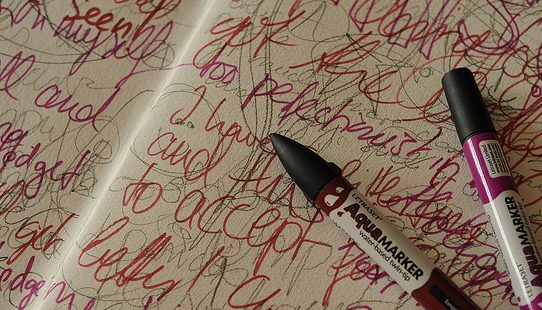 I fancy myself a writer. In today’s world I really am just a typer (“typist” sounds too formal and professional) since when I physically use a pen even I can barely understand what my message is.

I am not one of the new generation who believes texting is “talking” and I don’t run to a computer calculator or cellphone to figure out basic math questions — believe it or not.

At a recent event I had my standard reporter’s notepad — the light green paper with blue lines — and I feverishly jotted notes during a press conference. Thankfully I was also recording audio because when I got back to my office I had no idea what was written on the paper.

Writing — in the ink/paper kind — is a dying, well, art, though I never thought I would consider cursive to be an art form.

When word got around that schools in Ontario, Quebec and 45 U.S. states have eliminated cursive writing as part of their curriculum, I was saddened because in Grades 1 and 2 I liked perfecting my penmanship — well, pencilmanship — on the thin grey paper with the dashed line between two solid ones. You know the paper I am talking about. Today’s kids probably have no idea.

Instead, young students are app’ing their way through class, quick with their fingers with the touch of a screen or press of a button. But part of the fun I had as a kid was painting something in school and signing my name to it. You can’t really sign your picture with a tablet. Maybe there’s an app for that, but what do I know?

Then again, in an age when everybody is a writer thanks to blogs and web posting, and everybody is a broadcaster thanks to webcams and YouTube, I shouldn’t be surprised that priorities in school are changing. Are Grade 3 students already learning video editing and app downloading?

Show your love of saving