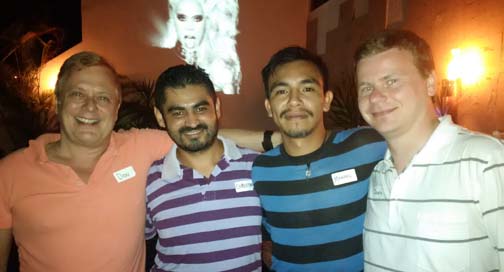 Last month I told you I was in Puerto Vallarta taping celebratory radio broadcasts for my syndicated show’s 10th anniversary.

The owner of a resort, a friend of mine, has cocktail parties every Friday night. I see him once per year and try to make it to the shindig if my schedule allows. This trip I had Friday night free so I wandered over to make a surprise visit.

He told me he had local celebrities there that I just had to meet. And because I never travel without a microphone he insisted I interview them.

I met Christian and Miguel – they had the first legal gay wedding in PV. The laws only recently changed and they got married in April. They’d been together many years and, like a lot of same-sex couples, wanted their relationship and commitment to mean something in the eyes of the government. Well, their wish came true and the mayor even officiated the ceremony.

While I asked them the standard questions: How did you meet?, What kind of wedding did you want?, etc., I asked about their first dance: What song did you have?

They looked at each other nervously and said they didn’t have a first dance. They wanted one, it just never happened.

Putting them on the spot I insisted they have their first dance at the cocktail party. I questioned about song selection and ultimately found out that Christian wanted Aerosmith’s I Don’t Wanna Miss a Thing — arguably one of the most popular wedding songs a decade ago.

My message to them was simple: If you want to do this tonight, I will make it happen. They hesitated and squirmed in their seats but ultimately at the end of the chat we went back to the party and I pulled my friend aside and told him the dance had to happen. And sure enough, it did. Naturally, I had to capture it on video.

I’ve watched the video several times (you can see it at pv.jbonair.com) and there is a happiness about the moment that was electric and affected everyone watching the couple sway, hug, sing and kiss as the music played.

Moments after I watch it I can’t help but think of all the people in the world who are fighting to keep people like Christian and Miguel from having the smiles and love like so many others are afforded in their respective communities. With so much hate and negativity in the world, shouldn’t we celebrate people’s happiness and love?

There’s a meme that I saw on social media that says, “Show me on the doll where the gay marriage hurt you.” 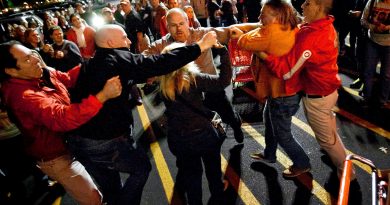 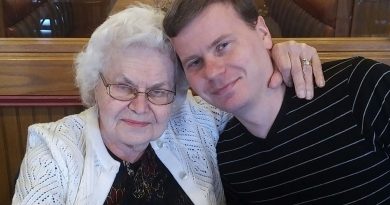