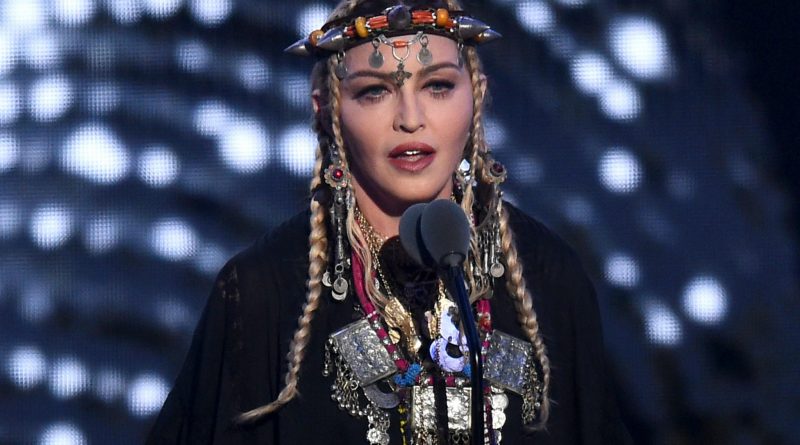 When Aretha Franklin died last week it was a terribly sad story. The world was stunned. The music community felt a huge sense of loss. If there was one silver lining it was that only days later she could be honored with a glowing tribute at a major music awards show.

It reminded me of Whitney Houston’s passing right before the Grammys. Organizers of the big show reportedly scrambled to put together a televised memorial. And they came through. There was a touching performance by Jennifer Hudson and a moment that had everyone reflect on Houston’s life.

But for the MTV Video Music Awards on Monday, the Franklin tribute fell short. Scratch that. It fell hard.

Like the Grammys, there was buzz about what VMAs show producers would come up with. There were high hopes. The show’s executive producer, Jesse Ignjatovic, said they were planning something and it had everyone guessing what it would be and who would take part, noting they were “working on a lot of different options.”

A lot of different options. That sounds like they had so many ideas they couldn’t decide what they would do. That’s promising. It could be a huge moment for the show.

“Whether it’s a performance or spoken — just something that’s organic and done in a way that feels tonally right because it’s Aretha Franklin,” said Ignjatovic leading up to the VMAs.

Instead, it was Madonna who came out and talked about her start in music. And when I say “her” I mean Madonna’s start. That’s right, the Aretha Franklin tribute was about Madonna.

Madge talked about how she went to a musical theatre audition and was verbally beaten down that she was not “enough” of everything — talented, pretty, etc. She whined that she had to prove everyone wrong and eventually she overcame.

So, what was the connection to Franklin? Madonna performed an Aretha Franklin song for the audition, she said in the long, rambling not-a-tribute tribute.

It was reminiscent of Donald Trump talking about someone. We see it when he’s on the campaign trail when he’s supposed to be introducing a candidate but suddenly starts interjecting every other comment to be about himself.

There’s nothing wrong with inserting some personal thoughts or stories when recognizing someone, but when the overall tone is about yourself, it overshadows the message.

Eventually Madonna did bring up Franklin saying, “She led me to where I am today. And I know she influenced so many people in this house tonight. I want to thank you, Aretha, for empowering all of us. R-E-S-P-E-C-T.”

Despite that triumphant close, it was too little, too late. The Twitter world exploded with comments.

Most people weren’t happy by Madonna’s remarks but others were pissed at producers for not even having an artist perform an iconic Franklin hit. Instead, a Franklin song played during the closing credits. Yup. At least she closed the show… in a way.

At the risk of contradicting my own criticism of making a moment about yourself, we produced a 30-minute The Scribble podcast all about Franklin that ran the day after she died. It was a true tribute.

The only reason I mention it in this column is that I feel, in the absence of a proper send-off on the VMAs, we produced something of substance that actually discusses the legendary life of Aretha Franklin and you should hear it.

If the Madonna tribute to Madonna failed to wow you, feel free to spend 30 minutes listening to a famed recording artist and a Hollywood entertainment reporter talking with me about the Queen of Soul in a way that isn’t self-serving like an unscripted presidential address.