As awards show season continues, I, as an entertainment reporter, am working tirelessly not only to keep up with the daily drama from the celebrity world, but the broadcasts that pat Hollywood folks on the back weekend after weekend. Sometimes there is an overlap. This year, there has been a lot of it.

So when the Oscar nominations were announced and the critics comment on who should be nominated based on their performance in films, it is curious that James Franco, who seemed to be a shoo-in, was missed. But was he really missed?

Franco is one of the many Hollywood men caught up in sexual harassment and/or assault scandals. And a story about him broke just as Oscar nominations were closing. It has people suspecting that his (alleged) personal antics could have cost him the nom this year.

Is that fair? Remember, I’m not talking about him as a person and what he might have or might not have done. I’m saying that his role in the movie that was performed long before the scandal should be what votes are based on.

Is awards show voting going the way of political voting? Are votes being cast for others because of the reputation the potential nominee has and not for their actual abilities?

“He’s a dog and doesn’t deserve an Oscar even though he was incredible in the film”? Is that where this is going?

Bottom line is if people were in agreement that someone should get a nomination but then suddenly a bad news story comes out and affects the possibility of that person getting a nod, then it’s not really about the job they did, anyway.

Geez, I’m starting to lose faith in the integrity of millionaires patting themselves on the back every weekend for two months straight. 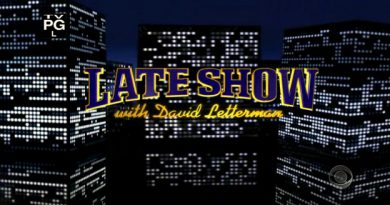 Has Dave given up?