I’m washing my hands and I’m staying away from people. There. Done.

What a difference a week makes. When I sat down to type my column last week, the world was only in the midst of collapsing. Now it’s a full-on meltdown thanks to coronavirus – though I notice it’s being mostly referred to as COVID-19 now. (THAT is how serious things are.)

As a radio host who regularly broadcasts from different tourist destinations, my spring plans were on the bubble when the outbreak intensified. Within days, everything was overturned. Shows from Phoenix, Fort Lauderdale and a town in Ireland were all cancelled. Previously taped tourism programming from West Hollywood was also shelved. Air Canada’s Dreams Take Flight adventure to Disney World in Orlando, of which I have been a media guest for many years, was also cancelled for April.

As an entertainment reporter, I spent last Wednesday updating the TV shows that banned studio audiences, the TV shows that had stopped production, the sports leagues that were eliminating audiences (this was before their respective seasons were cancelled), the health update of Celine Dion and the diagnosis of Tom Hanks and wife Rita Wilson. I was up until 3 a.m. on Thursday.

Then, once I finally came out of the work bubble, I started tuning into the “real world” news on Thursday – the stuff that is affecting my community and most of Canada. I got even more whiplash as public health stories unfolded at a, well, fevered pitch. I watched on Friday, took a break on Saturday but followed again on Sunday.

On Monday, I watched as Prime Minister Trudeau addressed the nation. It wasn’t until I heard his remarks about closing Canada’s border and followed my own journalistic curiosity that made me go, “Hey, wait a second.”

By all accounts, Canadians were looking at the U.S. as an example of how not to handle a crisis. Admittedly, I hadn’t been following Canada’s response to COVID-19 until several days ago. I assumed our government wouldn’t bungle this. On Monday, I wasn’t so sure.

Naturally, the media questioned the PM and the representatives he tasked with addressing reporters. The reporters continually questioned “the science” that was cited as the reason for keeping Canada’s border open to Americans, despite the U.S. having thousands of confirmed cases.

RELATED: Politicians need to stay in their COVID-19 lanes

Each time the reps answered, they didn’t answer. And reporters questioned again. “What is the science?” Everybody jumped back to commenting on Canada-U.S. trade. That’s not what was asked. Reporters specifically wanted to know why American tourists were still being admitted to Canada.

Because, as a viewer – who has journalistic training – I didn’t get the answer after several people pressed for it, I questioned Canada’s capability of handling this outbreak. It might be a minor sidestep on their part but it made me uneasy when they couldn’t articulate the government’s position on such a major issue and, quite frankly, dodged like a politician would. This is not the time to do that.

I’m still not in a panic over the virus but I’m worried about the government’s decision making as this plays out. 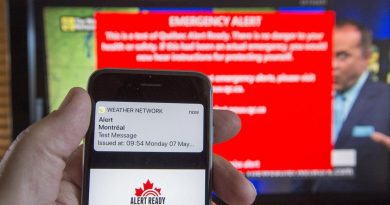 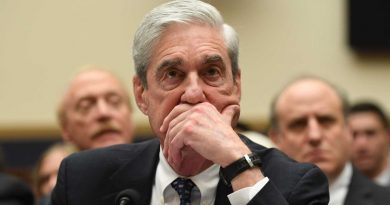