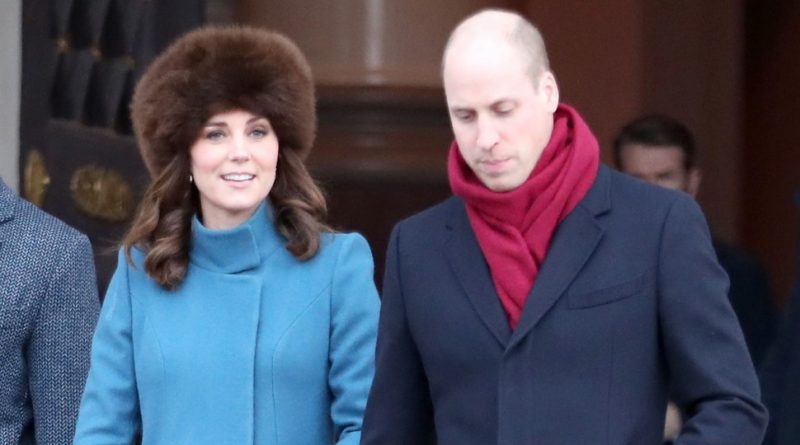 For some people it is exciting to meet a royal and others just don’t care. But in the moment I imagine most people aren’t thinking, “Don’t talk to her, don’t look at her unless she looks at me, don’t reach for her hand if she doesn’t do it first.”

Instead, people might think, “Heart racing. Don’t pass out. Don’t make a scene. You’ll be in the tabloids. Life over.”

So you can imagine the tabloid horror when an American basketball player touched Kate. And not just touched, LeBron James put his arm around her. Gasp!

Say it ain’t so. Off with his head. William, go get him!

Instead, casual Kate was all smiles and didn’t seem to mind she was surrounded by her hubby and a big black dude.

But rightly so. William and Kate seem to be genuinely interested in mingling with common folk. They look like they know how to have a good time. (And you might recall a few years ago that Las Vegas photo scandal of Prince Harry covering his crown jewels and being naked at a hotel room party. Are we certainly he wasn’t touched at all that night?)

So it brings up the question: Is tradition about royals being untouchable — literally in this case — be scrapped with the changing times? Are the Brits in need of a reality check to stop putting pointless figureheads on a pedestal? Or is the dated tradition so sacred it should never change despite newer generations looking less seriously at a so-called royal family?

An all-access pass to my info just to use an app? No thanks!