It’s interesting how demands are one-sided during a pandemic. The elected, often head-in-the-sand, politicians are quick to lecture us about what we’re not doing (wearing masks) but they aren’t as loud  when questioned about what they’re not doing (getting us vaccines).

It was nearly one month ago that I got my first vaccine. There was no fanfare; I didn’t post pictures on social media holding up my paperwork like a 16-year-old who just got his driver’s licence.

When it was announced that second doses were being given I heard a distinct “womp womp” after I looked into scheduling my next appointment. You guessed it: I’m not eligible.

It was about this time that Canadians watched with envy, the U.S. practically bribing its people to get the vaccine. Actually, let’s remove the word “practically” — people are being bribed. Call it an incentive, call it a reward. It’s a bribe.

And in typical American style, they’re being given cash, beer, greasy food and, naturally, guns. Yes, in West Virginia, the vaccinated can get custom rifles.

All the while, Canadian politicians (ahem, Premier Pallister), are looking to our neighbours to the south and railing on them for not helping. Pallister made international headlines by calling out President Biden for not helping Canada.

Don’t get me wrong, I’m all about our two countries assisting each other but if I were on the receiving end of Pallister’s criticism, I’d be muttering to myself, “And that’s my problem because…?”

It’s a bizarre scenario that our politicians have largely failed us in terms of getting us vaccinated in a timely manner so they go begging to their neighbours and then throw a tantrum.

It would be like calling up the guy next door and saying, “Hey, can you and your fat, ugly wife help us fix the fence?” and you expect the wife to chime in, “Absolutely!” No, it doesn’t work that way. How do you insult and then expect to get your way? That’s backwards.

There have been less-publicized reward programs discussed in Canada but I’m not sure that our country is at a point where the masses are refusing to get vaccinated because, well, we are when we can.

In just a short while, I’m heading to the U.S. for a work trip. I’m about to experience the land of the vaccinated and unmasked. It’ll be a weird feeling at first, and I do plan to stay masked as much as possible when around others.

Part of me wants to get my second dose in another country but another part says I should let Americans use their own vaccines before helping others. Then again, if the vaccines are lingering with nobody to use them, maybe I should expect the U.S. to vaccinate me.

But, damn, what a ridiculous scenario: Having to leave my own province to get help from others. Hi, Ontario, Quebec, Alberta and Saskatchewan hospitals. 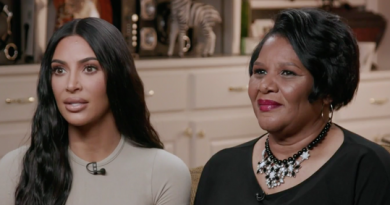 Is it time to get Kardashian a hero’s cape? 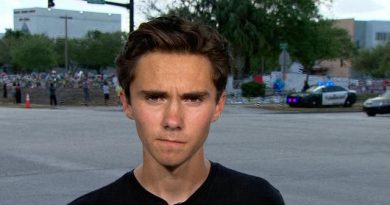 When the teen bullies the adult bully