I’m critical of Justin Bieber, yes. Is it out of jealousy or envy? Oh, heavens no. It’s maybe not even necessarily about him personally just what his life will become being a teen star. Although, come to think of it, his actions of the past little while have annoyed me.

It’s making headlines that a photographer was struck by a vehicle and killed while chasing Bieber’s car in California. Reportedly, Bieber wasn’t behind the wheel but rather his friend was driving his, I believe they call it, “pimped-out car.”

Bieber’s car was pulled over by police for speeding when the paparazzo emerged and crossed several lanes of a highway to get the pics, despite being warned by police to retreat, the photog didn’t listen and was struck by a car driven by a grandmother with youngsters inside.

Yes, it’s a sad story. I’m not taking one side or another on the issue, but there is a sad irony about why the whole thing happened. Bieber is no stranger to traffic violations in the first place. He has been pulled over for speeding a few times, in addition to having illegal modifications to his car. So for Bieber to release a statement – granted, based on the mature wording, I don’t believe the thing was written by the 18-year-old self-crotch-grabbing performer – it seems a little hypocritical.

The statement reads: “While I was not present nor directly involved with this tragic accident, my thoughts and prayers are with the family of the victim. Hopefully this tragedy will finally inspire meaningful legislation and whatever other necessary steps to protect the lives and safety of celebrities, police officers, innocent public bystanders, and the photographers themselves.”

Hypocrite much? Just a teensy weensy little bit of hypocrisy? Isn’t speeding and reckless driving subject to meaningful legislation? Don’t those two actions endanger the lives of celebrities, officers, bystanders and photographers? If Bieber’s speeding killed that grandma, what then would be the record label’s statement? Would the label defend Bieber’s crazy antics or blame someone/something else?

Bieber isn’t a victim in this. How is he not drawing attention to himself speeding around and breaking the law? Does that give people the right to follow him? No. Does being a celebrity give him the right to endanger lives just as he said the paparazzo was? Absolutely not. But you can’t call for safer road rules if you aren’t going to follow the ones that are already on the books. 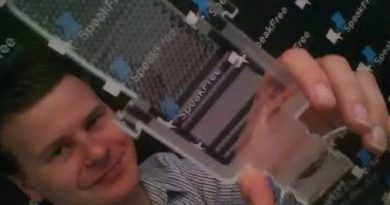