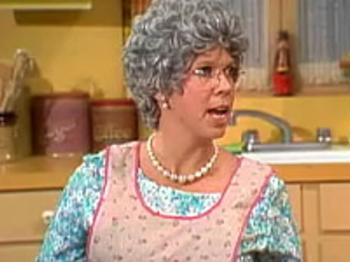 A few weeks ago I wrote about how I don’t care to cover red carpet events. If the reporters are anything like me – and I know they are – they feign interest in the celebs they are about to interview. But there was an exception for every single one of us last year: Betty White’s 90th birthday.

It was an event that I will never forget. I got word I was on the list on a Thursday afternoon and flew out Saturday evening and was anxious the entire way – not only at the potential of meeting Betty but because of the star power also in attendance: Carol Burnett, Ed Asner, Mary Tyler Moore and others.

One of Betty’s good friends is Vicki Lawrence, of The Carol Burnett Show fame and later Mama’s Family. I met Vicki at the birthday and we chatted for quite some time. At the time it was Carol’s show that was in production to become a DVD set. Earlier this year, Vicki got the good news about Mama’s Family.

Vicki called into my syndicated radio show to have a chat about the complete series being available on DVD. Actually, she said she started pirating episodes from the Internet to see what was being sold after she was told a DVD set would never happen.

As part of the Mama’s Family video collection, Vicki reunited with her former cast mates.

“It was great,” said Vicki. “It was great to reminisce and great to sort of deconstruct Mama’s Family this long after the fact – so many things I never thought about.” The one big question is: Where did the character Mama come from? Actually, Vicki and Carol chatted about it and neither could remember.

“I think there was sort of an underlying truth to Mama, too. I think she was very true to her generation and very real — all about settin’ those boundaries and havin’ a little discipline,” Vicki said as she flipped into Mama Harper’s voice for a few seconds.

You can hear the chat with Vicki at www.speakfreecelebwatch.com.

The dumbest question to ask 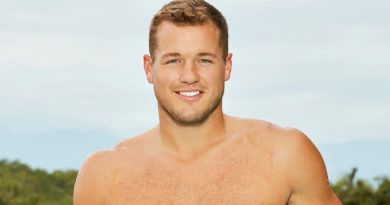