As the U.S. presidential election, well, continues, Joe Biden’s win has been overshadowed by Donald Trump’s insistence to remain defiant about the voting results.

While the country was hopeful that Saturday afternoon when Biden was officially declared the winner of the 2020 campaign, the victory was short lived. Trump remained silent that weekend while he was golfing but once he returned to the White House, it was business as usual.

It’s true that for a good 24 or even 48 hours there was a no-looking-back attitude and the U.S. was primed for a positive and optimistic future. Then reality set in.

Sure, Biden got the most votes but nearly half of those casting a ballot voted for Trump. It was a record turnout, yes, but as the numbers were tallied (and they’re still being tallied as of this writing), it showed just how divided the country is – though, we already knew that without doing the math.

While it’s great that Biden’s leadership will aim to unite the country, it’s unlikely he’ll be able to “turn” the people who voted against him. People had such strong opinions during the four-year campaign that it’s safe to assume those who voted Trump were voting against Biden and the Democrats more than they were voting for Trump.

For the 78-million-plus Biden voters, they’re up against the 73-million-plus Trump voters. And as I’ve previously written in this column, when it comes to having your voice heard, it’s the Trump supporters that are the loudest. They’re the ones that’ll shout you down and cause the most chaos. I realize that’s a generalization about 73 million people but you’ve seen the images on the news about what happens when the Trump mob gets fired up – literally; with fires burning across the country and destroying neighbourhoods.

So, yes, in theory, a Biden win is positive for the country, there needs to be a reality check that it’s not going to be all sunshine and rainbows because there’s a new president. Just as people who say, “I can’t wait for 2020 to be over” as if that’s going to magically wipe away coronavirus. Yeah, it’s not.

If Biden plans to win over “the other side” he’s got lots of work to do. Is it an impossible feat? At this point, given how at odds everyone is, I’m not sure he can do it. I’ve previously said I think some people support Trump just for the sport, just for the drama, just for the conflict. And that’s a pretty sick life to live if that’s truly the case. 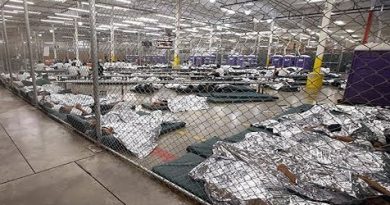 Does everything need to be a protest nowadays?