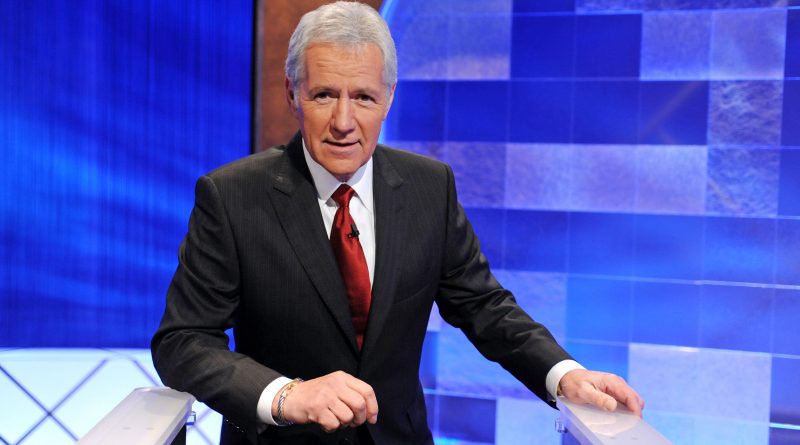 Last weekend, we lost another one. A true icon. A legend.

By now you’ve heard about the passing of famed TV host, Alex Trebek. The beloved broadcaster was open about his pancreatic cancer battle over the past year. He was upbeat and optimistic. Trebek noted that he’d had some setbacks but overall thought he could survive the disease. Ultimately, well, you know the rest.

He gave it a good shot. He fought as long as he could.

It’s been heartwarming to see the tributes from Canada and the U.S. Most Canadians know Trebek got his start on CBC before heading to California to continue his iconic hosting career.

I had the chance to briefly meet Trebek in Toronto nearly 15 years ago. I was covering an entertainment event for my syndicated radio show. I was just starting out and was too nervous to ask a question at the press conference where he addressed reporters. I did later shake his hand and say it was great to meet him. (This was long before the days of selfies.)

When I heard about Trebek’s death, it reminded me of Regis Philbin’s in the summer. The two men are from an era of celebrity that doesn’t exist anymore. And yes, I can make that comment because I’ve been interviewing the rich and famous for a long time.

Like Philbin, nobody had a bad word to say about Trebek. These were two stars who didn’t have an ego about themselves. There’s something about that generation of celebrity that is very humble.

I’m reminded of hanging out with Kenny Rogers in his dressing room at Club Regent in Winnipeg five years ago. He was performing a concert but made time for an interview before taking the stage. He seemed genuinely grateful that I was interested in talking to him.

Ditto at Betty White’s 90th birthday in Hollywood, where I was the only Canadian reporter in attendance. Talking to Carol Burnett, Valerie Harper, Ed Asner and other iconic TV and film personalities was not only thrilling, it was relaxing. I wasn’t nervous in the slightest. All of them were approachable and kind.

Fast forward to events like the American Music Awards where there are plenty of egos abound. It’s a different generation. That’s partly the reason I don’t cover red carpets anymore. I was subjected to interviewing YouTube “stars” — none of whom I’d heard of — and they came across as snooty divas and rockstars. The phrase “who dat?” came to mind over and over again.

No sympathy for celebs