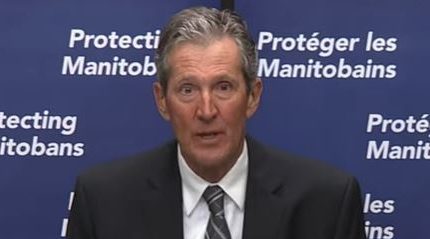 Note the asterisk on “better” in the title. Let’s begin:

It’s “Team Manitoba” because “we’re in this together” and we’re doing it better than any other region of Canada (*except the “Atlantic bubble”). But… then… why are we locked down and schools closing again?

I didn’t plan on commenting about Manitoba’s corona debacle this week but so much has happened since our last newspaper that I must keep the conversation going.

Reminder: I’m in the media. Meaning, I’m on the receiving end of government press releases. So, when I saw that there was a supper-hour press conference on a Friday evening, that was a huge indicator that bleep’s about to get real. Seriously.

I’ve been in this game long enough to know that governments drop news on a Friday night if it’s something they want to slip through the cracks and avoid reporters’ attention, or if it’s hugely important that needs immediate attention. It’s typically one extreme or the other.

Coincidentally, I was getting my vaccine shot last Friday when I saw the note about a 6 p.m. press conference with the province’s top doctor. Curious about the timing, I remembered that Dr. Brent Roussin was in court earlier in the day and couldn’t face Manitobans at the usual time.

But why 6 p.m.? And what were the “immediate” restrictions that couldn’t be announced by the premier hours earlier? Why did the doctor have to tell people the province was largely shutting down again?

After being grilled at the Friday evening presser, reporters were ready for round 2 on Sunday afternoon when another spontaneous Province of Manitoba conference happened, this time announcing remote learning at Winnipeg and Brandon schools. It was minus the premier, of course, and Roussin was alongside the education minister.

Where was Mr. We’ll-Garnish-Your-Wages and Get-Your-Car-On-Blocks-Cuz-You-Ain’t-Drivin’-‘Til-You-Pay-Your-Fine Pallister on Friday and Sunday for those major announcements? Why is he sending the messengers to get shot? (Figuratively, of course.)

When Pallister was asked that question on Monday, he was quick to say he’s faced the media over 125 times since the pandemic. But who’s counting, right? Who keeps track of something like that and has the number ready to fire back as a rebuttal? Oh yeah, someone who needs to defend their absences. Makes sense. (Honestly, only 125 times when we’re over 400 days into this?)

Pallister nearly had me convinced at the start of Monday’s press conference with his tender, fatherly tone. But when he went off script and faced the mob of reporters, he became, well, Trump-like. Gone was the unblinking deer-in-the-headlights script reader and returned was the defensive politician.

What rubbed me the wrong way was that the messaging from the start was “we’re all in this together” but then why do politicians compare their respective provinces with others? Pallister said many times that Manitoba has the best such-and-such, be it support program or lockdown plan. If that’s true, why are we failing at overcoming the pandemic? Why are people still struggling? Why are people still dying?

The belief that Manitoba has the best this-and-that compared to others, quite frankly, is irrelevant. It’s not a competition over which premier or government screwed over its people less than others. They all failed in some fashion.

True leaders are the ones who acknowledge a failure, apologize, and regain the confidence of their people. If not, hopefully they’ll be mature enough to step aside or not run for that office again. 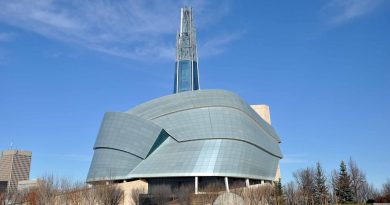