I’ll admit I probably made a few too many jokes last week about Prime Minister Trudeau manhandling people in the House of Commons. At the same time, there is something incredibly funny about a mild-mannered man (on the surface, anyway) going all Rob Ford during a government meeting.

In case you missed it, let’s rewind. And allow me to editorialize for humour. Trudeau was enraged during a Commons session that he stormed across the floor, got into some people’s faces and supposedly inadvertently Chris Brown’ed a female MP on the Opposition. After getting an elbow to the chest, NDP MP Ruth Ellen Brosseau left the room because she said she was overcome by the incident. With a stuttering apology, PM Can’t-Speak-Without-Um-and-Uh-Unless-His-Words-Are-Prewritten, said his actions were inappropriate and his party applauded the sentiment.

For her part, Brosseau appeared choked up – though not in the Chris Brown way – when she recounted for the House the events that transpired. It was dramatic, it was delicious, you’d almost think it was TV ratings time in Canada.

Back to the seriousness of the matter. It does give people concern that the country’s prime minister could be so incensed that he rushed and got physical “manhandling” people – that’s a word many onlookers used to describe Trudeau’s actions. Though there is a serious point that I made that people took as a joke but I meant it with all sincerity.

It made me wonder what Trudeau is like at home. Does he rule with an iron fist? While I realize he didn’t backhand a female purposely to intentionally hurt her, it does make you wonder if he hits his kids to discipline them. Has he ever raised a hand to his wife?

Let’s get one thing straight: anger is anger, yes. We all get angry. Most people have control that they would never get physical when, well, push comes to shove. The fact that Trudeau flew off the handle and did get physically aggressive, it makes you wonder what would happen if he REALLY got mad at someone, perhaps even a family member.

I am certainly not suggesting Trudeau beats his wife and kids but this was Canada’s first glimpse at the prime minister becoming unhinged. Should we be worried? 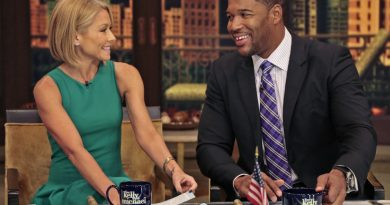