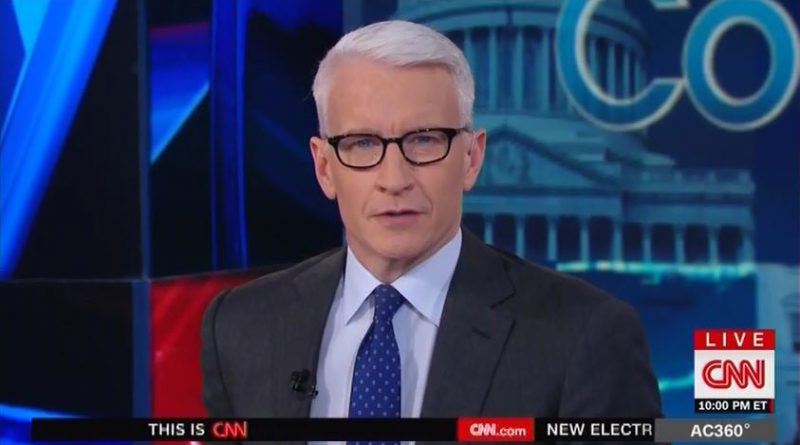 Remember the days when you would have someone on TV walk behind a news reporter and wave? Maybe they’d even interrupt and say, “Hi mom!” Yeah, that’s not the case anymore.

Now things have been taken to a new extreme. The intrusion has become more aggressive and more vulgar in recent years.

It made headlines when CNN’s Anderson Cooper was talking with a reporter live on the scene of a protest and the crowd could be heard chanting, “F— CNN.” Funny for some TV viewers, embarrassing for TV networks, the censors have to be quick nowadays.

So you can imagine the cheers of victory when a guy lost his job because of his crude antics during a live TV report in which he made some sexually charged remarks.

It happened in Toronto when a female reporter was doing a live hit from a soccer game and the guy came into the shot and said the phrase that is catching on like wildfire: “F— her right in the p—-.” That’s right, that’s the “cool” thing to say in front of hundreds, or thousands, or even millions of viewers. (Making mom proud now, hey?)

This time the reporter challenged the hooligan saying, “When you talk into my microphone and say that into my camera to viewers at the station I work at, that is disrespectful and degrading to me.” She took it one step further by asking what their moms would think of the grown men saying that to a female on TV.

Nevertheless, one of the men was fired from Hydro One when he was publicly identified and his employer saw that their not-so-prim-and-proper staffer was acting the fool.

For its part, Hydro One said in a statement, “Hydro One is taking steps to terminate the employee for violating our code of conduct. Respect for all people is ingrained in the code and our values. We are committed to a work environment where discrimination or harassment of any type is met with zero tolerance.”

What’s even more ridiculous is that because the public is so intrusive to reporters doing live reports, some media outlets actually provide security to female reporters, especially when they are covering a sporting event.

I need a show of hands here: Is anybody else thinking future generations are going to destroy everything in sight? Between rioting, obscenities there doesn’t seem to be any regard for manners, feelings, personal property, privacy… I could go on, but we’re out of room in the column.