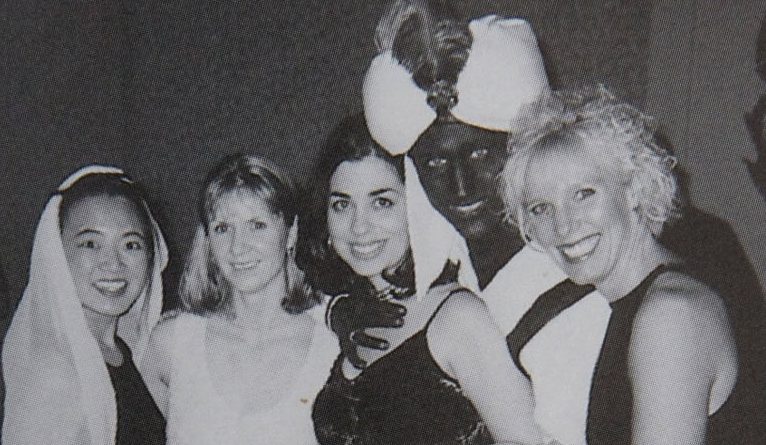 Justin Trudeau made a bad decision 18 years ago and people want him to pay for the rest of his life. Welcome to the world in which we live: Cancel culture, it’s called. (Twice in one week we’ve seen it.)

Scandal broke that Canada’s prime minister was photographed in “brownface” while wearing a turban back in 2001. He’s seen as Aladdin during an Arabian Nights theme at a school party.

Time magazine published the image and story about how Trudeau was a teacher at the time. The mag says it received the yearbook image from a Vancouver man who was a part of the West Point Grey Academy community. Why now? Why have this come to light? Well, a federal election was just called last week. Coincidence? I think not.

I have a few points to make on this scandal that, when the story broke, got a full night’s coverage on the TV news. Yes, well into the night commentators and people from every corner of the world chimed in to give their opinion on whether or not Trudeau should be forgiven.

I’ll go on the record to say that brownface/blackface is unacceptable. I understand how it can be seen as offensive to people. As the Trudeau story unfolded I heard people from other cultures and backgrounds expressing why this is a no-no. I get it. I personally don’t find it offensive but I’m also not easily bothered by things. Does that make me racist? If you feel better calling me that, fine. I’m not though.

I’m certainly not going to take the position of condoning the prime minister’s actions nearly two decades ago. He has now addressed Canadians and said he’s “pissed off” at himself, he’s “disappointed” and he’s “sorry.” In fact, he repeated each of those statements several times hours after the story broke. For 11 minutes, Trudeau faced reporters and was essentially asked the same questions over and over again.

Frankly, I was surprised that Trudeau stood there as long as he did when getting grilled by the media. He absolutely should explain himself and set the record straight but the hours upon hours of debate and discussion won’t change anything about what he did. He apologized. Done. Move on.

Trudeau was asked if there were any other instances of him doing or wearing something that would be deemed culturally insensitive. He said there was a talent show in high school. I imagine it’s only a matter of time before those pictures are sold to news outlets. (Maybe released just before Canadians vote next month?)

The larger debate was if Trudeau should’ve known better… 18 years ago… when he wasn’t prime minister. The cries for his resignation were loud. But this brings up the question of everyone’s past. Is anyone’s past squeaky clean that they’ve never done anything wrong that would moderately offend or upset someone – even if unintentionally? Probably not.

Some Trudeau defenders said it was a different time when the photo was taken and society has become too uptight. They said he didn’t know the picture was offensive at the time. Trudeau opponents said he was in his late 20s and should’ve known right from wrong, while demanding he resign as Canada’s prime minister.

In all honesty, I only know that brownface/blackface is offensive because there’s been such an uproar in recent years. I could’ve pleaded ignorance in my 20s since I had no idea it was deemed inappropriate by society. I wasn’t racist and I never looked at the world as fostering one offensive gesture after another.

In fact, when I was a kid I dressed up as TV’s Steve Urkel for Halloween. I painted my face to be what, I guess, is technically considered blackface. Was I doing it to disrespect and offend? Of course not. I was a kid. I didn’t know what racism was.

True, I was younger than Trudeau was at the time of his now-infamous photo. And, sure, he’s the prime minister of a country and I’m not. But our status in society shouldn’t matter. Come to think of it, he had no status at the time – aside from being a politician’s son.

Trudeau said he didn’t think it was offensive and that should be the end of it. We see it all too often that the past comes back to haunt people and it ruins their life because the mob is ready to destroy them. What is the benefit of that? There’s a way to learn your lesson and grow from the mistake. Should you have to start all over rebuilding your life? Perhaps in some cases but for something so trivial as a photo, probably not. And yes, I use the word trivial because there’s a photo of several people enjoying the moment and probably a room full of others that didn’t see the costume as offensive at the time. Does that make everybody there racist and intolerant? Everyone should be held to the same standard, no? The word nowadays is “complicit.” If the others didn’t speak up, they’re just as guilty as the PM.

I’m not suggesting Trudeau was naïve at the time because I wasn’t there, I don’t know. Do I believe he was posing for a picture to send an insensitive message to other cultures? No. Do I believe he should have this come back to haunt him so many years later and cost him his role as the leader of a country? No.

Maybe we should have a statute of limitations for our personal lives like there is for crimes being committed: If it happened too long ago, it isn’t fair game anymore. It’s too bad that “forgive and forget” is a thing of the past.

For better or worse, Manitobans are going it alone