May is a busy time for an entertainment reporter. All the big TV finales happen this month and the TV networks have what is called an Upfront – the major announcement of upcoming shows for the new season.

When it comes to reality shows, we know many of them will be back next season but scripted shows often quietly get the axe. If you aren’t tuned into the TV grapevine you probably wouldn’t even know your favourite has been cancelled unless you hear it on the news or from a fellow fan.

With so many choices of shows to watch, scripted TV doesn’t get much of a chance. Back in the day a pilot was shot, if the show was picked up there would be a full season taped and then a decision would be made towards the end of the show’s run. It was a commitment of over 20 episodes.

Now, shows are judged by relentless TV critics and sometimes are on the chopping block before they even air. Yes, it happened recently a show was cancelled before its first night. Shows will often tape six episodes and the network will make a decision somewhere in that time if they order more episodes or cancel.

For NBC, it nearly cleaned house this time, cancelling half of its scripted shows. All told, at least 38 shows from the major networks – including 10 of NBC’s – got killed off, many after only one season, and some even before that.

You might have heard of something called a “mid-season replacement” well it’s exactly that: when a show, for instance, ABC’s Work It, where a guy dressed as a woman to get a job and had to stay Mrs. Doubtfire’d to keep employment, got terrible reviews and only aired two episodes it quickly disappeared from the lineup. It’s those mid-season replacements that sometimes help fill the gap, but so too do reruns of the more popular shows.

And just a quick update to my rant about how there is nothing real about reality shows: Not true. Egos are very real. Last week at The Voice finale (live.jbonair.com) reporters were told the coaches would walk the red carpet after the results were announced, however none of the losers joined us. Oh, those celebs!

Swimming with the sharks 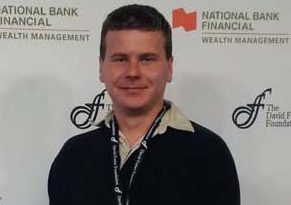 I have a new respect for what’s inside