Last week I wrote about my cousin’s fascination with celebrities and how she is tracking them more than I am and I am paid to do it.

The beautiful thing about having this newspaper column is I get to hear so many other points of view when I put forth an opinion. Many times you agree, sometimes you disagree and sometimes you offer a different viewpoint.

While I commented about my cousin being addicted to Twitter and other social media sites to get the latest details about her favourite celeb’s whereabouts, eating habits and 140-character quips, one reader said that when the rich and famous put everything out there – and “everything” was capitalized and bolded – they shouldn’t be surprised when suddenly they have a stalker and people showing up wherever they go.

He said, “Isn’t that why they put it on blast so they have a screaming sideshow when they show up?”

Case in point: Justin Bieber can say he just bought something and suddenly sales skyrocket and store shelves are empty. It’s funny when celebs like the attention when they can play puppetmaster to their adoring fans but they have to realize that it’s not a switch they can turn on and off.

Like it or not, your fans are your fans 24 hours per day, 365 days per year. So when you want that time off, it’s not as simple as asking for a break. You’ve made your life an open book (or tweet) so you have to be prepared with the spotlight never shutting off.

Not to say that celebrities deserve to be stalked – though sometimes I wonder if there’s a slight morbid sense of need that they like the idea of someone being obsessed with them – it certainly doesn’t make for a convincing argument when a star goes from writing about every mundane detail of their day to trying to close the door when their non-public (I refuse to use the word “private” in this reference) life comes into play.

This all started years ago with having your phone number unlisted. If you wanted privacy, you had the phone company keep your private information out of the public eye. Nowadays with the Internet, anybody is easily stalk-able if they can’t go anywhere or do something without running to a device to blab to the world.

As the reader said, “Celebrities will never have my sympathy when they have chosen to put everything out there and beg for that attention online.” 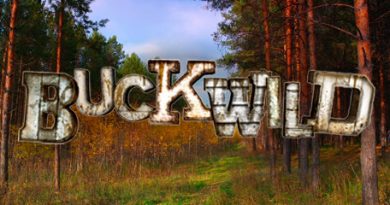