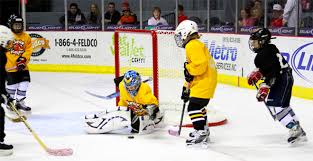 I experienced some laughable irony over the weekend. Well, it was laughable for me because I felt the situation was pretty ridiculous.

I took in some hockey games when my nephews were competing in a tournament.

What’s funny about that? Well, the seven- and nine-year-olds, who long to be on-ice bruisers (and that is based on how they react to seeing hockey fights in the NHL), felt so disappointed about losing the tournament that they were reduced to tears. And when I say lose, I mean didn’t get first place. Second or third wasn’t good enough.

Very quickly I learned that these kids – and there were several of them – weren’t necessarily playing for the fun of the game. They were competing hard and needed to win. They didn’t want to win. They needed to. They had to. They wouldn’t accept any other outcome.

I can appreciate the competitive spirit but based on the reactions from the parents in the crowd (the “Get up, get up”, “What are you doing?!?!”, “Come on! Go, go, go” hollers) I could tell that the games weren’t just for fun.

During the Olympics I have the unpopular opinion that just making it into the finals is good enough. That is often met with, “You don’t compete to come in second” (or lose). I typically hear that from my radio listeners whenever I give my opinion on sports competition.

I am often met with the debate about giving every kid a participant ribbon so they feel accomplished and good about their performance. I don’t see the problem of recognizing their efforts of being part of the tournament.

Unfortunately based solely on what I witnessed at the hockey arena I think a participation ribbon would have had the opposite effect on those particular kids. It would have reinforced the pain of losing – or coming in second, from my standpoint. I didn’t view it as losing the tournament.

‎When you see kids completely devastated about not winning a sports tournament it makes you wonder how they will deal with bigger and more important things in life.

Maybe those ribbons aren’t such a bad idea after all. 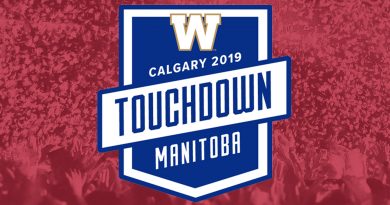 Grey Cup: Canadians just aren’t that into ya