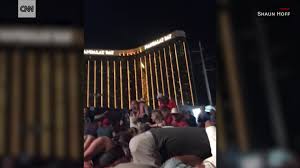 So it happened again. You know what I’m talking about. A terrorist attack. Actually, it’s happened a couple times in the past several days. There was the Edmonton truck incident and the Las Vegas shooting rampage.

As a society we’re doing the same thing every time: “This is so sad. It’s a tragedy” and then flip into “something has to be done” with a side of “we need to stand up and make change happen.” It’s become the usual script of protesters and outraged citizens but it keeps happening so it is just broken-record syndrome.

I made a comment that my daily social media post will be: “My thoughts and prayers are with (insert city). Stay strong” because it really does apply to every situation and what everyone seems to write over and over again.

For Americans it is the gun debate. But they flip-flop because they want to be able to own their guns. The argument then becomes the people causing such devastation wouldn’t follow the laws anyway so it doesn’t matter how tightened up gun control rules are.

There’s also the whole foreign terrorism thing and the belief that tightening border security will make something of a difference. I’m not here to argue that because I have no proof. I do recognize the point people make when they say a lot of the people committing the terrorism are actually Americans so immigration laws wouldn’t do a damn thing, anyway.

We’re in the constant cycle of shock, sadness and outrage. In the following days there will be protests and calls for new rules across the board. The debates will happen, they will accomplish nothing. It’ll happen all over again when the next terror attack occurs.

Don’t get me wrong, I’m not suggesting people are wasting their time voicing their opinions and wanting to be heard. (After all, my company is called SpeakFree Media.) What am I saying is that until people in power (read that as elected officials) feel it’s a problem enough to do something, then it is wasted breath. You telling them it is a problem isn’t anymore effective than them seeing dead people lying on streets after an attack. If that doesn’t move them to make change, what will?

You can line up outside their constituency doors or picket their rallies but these politicians obviously can’t come together for the safety and success of their own country. It does make you wonder why they are in the role – and better yet, how they keep getting elected. 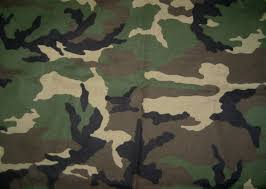