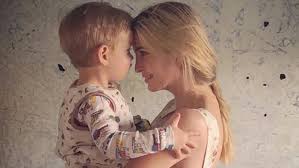 She thought she was sharing a precious photo with her son but Ivanka Trump felt the wrath of social media. Unfortunately for her, she’s living a damned-if-she-does-damned-if-she-doesn’t life right now.

Trump was called every name in the book — including a cunt by TV personality Samantha Bee. She was accused of being tone deaf, insensitive, her father’s daughter — you know, standard insults that are often hurled on social media.

No matter what Ivanka posts, she’s going to be shredded by haters who have nothing nice to say. She was attacked because of the immigrant kids being separated from their families (by her dad’s government) when trying to live in the U.S.

True, it’s not Ivanka’s doing. She’s not making immigration rules and setting the tone of the White House administration. Yes, she’s the daughter and is supposed to be pro-woman, pro-family, pro-child, but it’s not her fault that foreign families are being torn apart. Does she have a say? I wouldn’t think so. Really, I don’t.

I’m certainly not saying what’s happening with immigration is a good thing and I’m definitely not saying Ivanka shouldn’t stand up to her dad and tell him to get his priorities straight. It just sucks that Ivanka can’t post a family photo without it going viral for all the wrong reasons.

No matter what Ivanka does, the message will be misconstrued and twisted into something it’s not. It’s no different than President Trump taking the Roseanne Barr firing and flipping it around with him demanding an apology from Disney/ABC for the names he’s been called on the network’s shows.

For most people, they don’t think twice about posting a family photo and eliciting comments from the social media world. Most people aren’t part of such a powerful family but does that matter when it comes to sharing a photo from your life? I don’t think it should.

Does Ivanka have to consider time limits and buffer zones for her posts? Does she need to think to herself, “OK, wait. Families aren’t safe in this country. I better not post anything about my kids until there is world peace and everyone is happy”?

And before you hate tweet me, I get that “unfair” can be measured in so many different ways about so many different things for so many different people. But to over-analyze and destroy someone just for what was seemingly an innocent photo seems sort of predatory. It’s like people are just laying in wait to pounce on what others do. 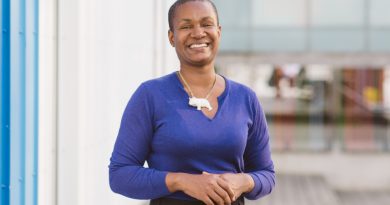