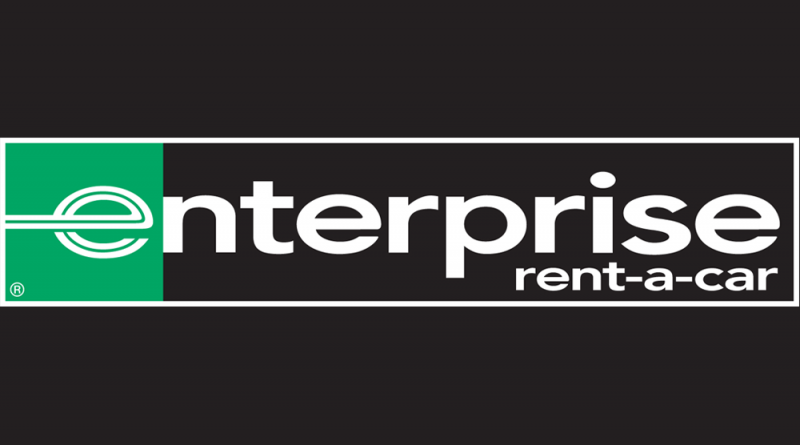 You’d expect a company such as Enterprise Rent-A-Car to be aware of traffic laws – more specifically, basic parking… of its own vehicles.

On June 29, I was contacted by an elderly woman in Winnipeg, Man., who said she frequented a strip mall in the city’s north end and noticed there were regularly cars parked in handicapped spots – now referred to as “designated accessible spaces” – without displaying the required permit. She wasn’t sure where to go about what she observed on what was nearly a daily basis.

Unsure if this was randomly coincidental or deliberate, my colleagues and I started monitoring the parking lot at different times over several weeks.

Each time, we captured photos of vehicles parked illegally in designated spots at 2230 McPhillips St., and on several occasions reached out to Winnipeg Parking Authority to report the violations. (More about that in a moment.)

Initially, we didn’t notice a pattern of repeat vehicles, so it appeared many drivers in “Friendly Manitoba” were casually parking over the yellow-painted spot without any regard to those who truly need it. As our surveillance continued, we identified two vehicles that repeatedly disregarded the parking by-law. A repeat offender. Was it regular customers of one of the businesses or employees at the strip mall? We didn’t linger to see who was getting in and out of the vehicles, but witnessed the cars parked there for extended periods of time.

After nearly two months of monitoring, snapping pics and filing reports with the City of Winnipeg, we discovered identical tags hanging from the rear-view mirror in two vehicles parked across from each other. They weren’t permits issued by an official body to allow parking, they were notes to Enterprise customers.

I called the Enterprise location in Winnipeg on Aug. 13, asking if they could confirm the license plates belonged to them. The employee said, “No, unfortunately we have a completely separate department that deals with something like that.”

I pushed further, asking “I’m wondering if you have two vehicles parked in handicapped spots right now.” He replied, “Jeremy, I’ll have someone reach out to you right away.” I was never contacted after that recorded phone call.

From there, I reached out to the Enterprise corporate office to investigate. To their credit, the media relations team got in touch fairly quickly. They were provided details of the story with the request they confirm if the documented vehicles were the company’s property. A random sampling of vehicles photographed between June 29 and Aug. 13 was sent to a company rep who admitted that the cars “do belong to Enterprise.”

The company, awarded an “F” rating on the U.S. Better Business Bureau website, blamed its customers for the illegal parking.

“We know that from time to time, as was the case today, a customer inadvertently pulls into a handicap parking space while making a vehicle return,” said Kathryn Bowring. “Our policy is not to park in those spots, and when we learn of any infractions, we promptly move the cars. I can confirm that current branch management moved the vehicles which were parked incorrectly today and parked them in appropriate parking spots – as is consistent with company policy.”

Without offering an apology, but instead pointing the finger at customers, Enterprise added, “We are committed to making sure this does not happen any further.”

Let’s be honest: Is it likely that every time – yes, EVERY TIME – we monitored the parking lot, customers had illegally parked in the designated spots? Ignorant customers, day after day, wrongfully used the accessible parking spots… on 17 randomly different occasions… involving 23 vehicles?

Judging by the photos (posted below), there are similarities in how the cars are parked each time. Random people from who knows how many different towns or cities all parked and positioned the vehicles in the same way, according to the car rental outfit. Uh-huh.

Also, that would mean that two different customers on the same morning both hung the promotional Enterprise tag back onto the rear-view mirror when returning the vehicle after their rental. Uh-huh.

Assuming it’s not company policy to break the law, there is a screaming contradiction in a press statement from Enterprise on its website, as the company jumped on the PR bandwagon and outlined “the initial steps we’re taking to fight for real, lasting change – both inside and outside of our organization.”

The June fluff piece was in response to the racism debate that’s playing out in the U.S., with the opening sentence stating, “Racism, discrimination and injustice have no place in our world.” Discrimination is discrimination, whether it’s about race, age, gender or ability, right?

Enterprise clearly broke its own vow of, “We Must Do More, and We Will” as flanked by CEO Chrissy Taylor in the media release. Taylor was contacted directly multiple times for comment on this story but has not responded.

This paragraph jumped out at me: “We’re also enhancing our Open Minds | Open Doors diversity and inclusion curriculum that is incorporated into every step of career development at Enterprise Holdings. We’re creating more focus on topics impacting our colleagues, and more tangible solutions and training on how best to address critical conversations, inclusive leadership and unconscious bias.”

Those bright yellow graphics painted on the parking lot concrete are hard to miss, so I guess this is an example of Enterprise’s conscious bias, of which they’re evidently still working out the kinks.

Wondering how much of a concern illegal parking is in the city, I reached out to Manitoba League of Persons with Disabilities and shared this story.

“Illegal use of designated accessible parking spaces means that the people in our community who rely on the spaces to safely and more easily access businesses are now unable to do so,” said Rosalie Best, accessibility services co-ordinator at MLPD. “Especially in winter, these spaces allow people with disabilities to independently accomplish errands without fearing they may get injured in the parking lot.”

How often do drivers ignore the city by-law?

Since random citizens were able to piece together the Enterprise illegal parking puzzle, I directed my attention to the Winnipeg Parking Authority, who had already been contacted multiple times about the parking offences. Surely, they would’ve investigated and noticed a pattern that Enterprise vehicles were the common law-breakers. Not necessarily.

“No tickets have been issued at this location so far in 2020,” said a City of Winnipeg media rep. “The City has issued 1,000 tickets so far in 2020 for parking in a designated accessible space,” he said on Aug. 13. “The City monitors any complaints regarding non-compliance with parking by-laws.”

Capital Commercial Real Estate operates the property where the illegal activity was taking place. It took multiple attempts for the company to acknowledge the request for comment but ultimately, they showed little interest in reviewing details of this story.

Perhaps ignorant employees at a rent-a-car company have learned their lesson. I wasn’t expecting anything monumental from the Enterprise corporate office, however an apology to the community it alienated would’ve been nice. Maybe they could’ve stepped up and said, “You know what, for the eight cars you showed us, we’ll donate $300 each in lieu of parking tickets to a local organization.” (Cough. 23 cars in total.)

Alas, Enterprise brushed its hands and threw its customers under the illegally parked bus. 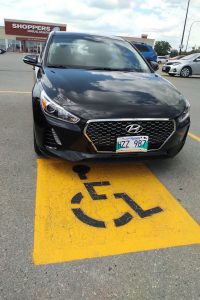 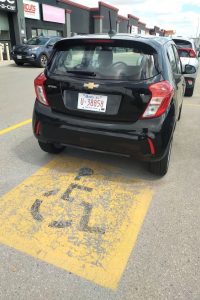 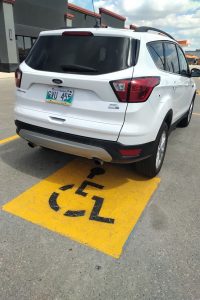 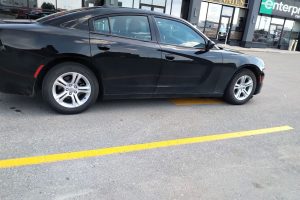 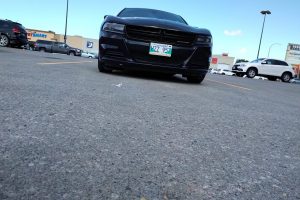 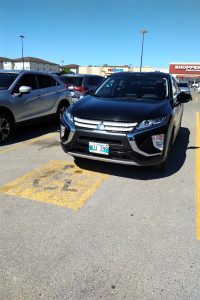 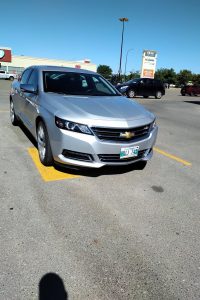 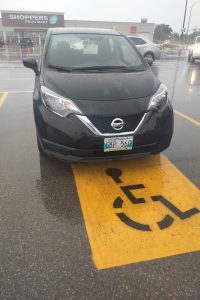 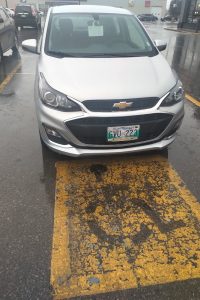 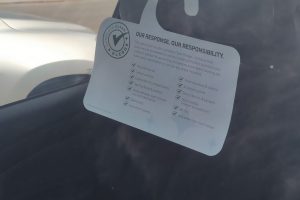 My thoughts really tipped off readers