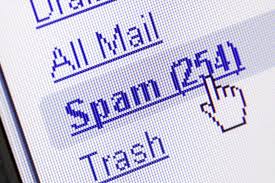 Many businesses were in a panic leading up to Canada’s new anti-spam law that took effect on July 1.

There was concern about how companies could still reach out to clients (or potential clients) without it being considered junk email and being reported and subsequently fined tens of thousands of dollars – possibly millions.

Outside of the business community, the general public probably didn’t know much about the rules. Perhaps you were tipped off when you started to receive a bunch of “Please give us permission to keep emailing you” pleas from organizations.

Honestly, I knew about the law coming into place but it was the last two weeks of June that I was inundated with correspondence from companies so it was definitely a reminder about the new rule coming into play.

So I wanted to see if, come July, the junk email would disappear and vanish instantly. It hasn’t. Actually, one email address that never got spammed, now gets spammed repeatedly throughout the day. How ironic.

Though critics of the law questioned how well (or even easily) it could be enforced. Will there be Internet police running around to all the foreign countries and serving papers?

At the end of the day, most of the broken-English crap you get doesn’t come from people here. And do you really think whatever country they are in they are going to care about, or even know about, some silly email law in Canada?

Penalties for offences are high — up to $1 million for individuals and $10 million for businesses, including statutory damages of $200 for each violation — but when you think about the serious crimes in this country, is the punishment more severe for spamming than it is for killing someone?

True, that jail time for murder is undesirable for a killer but the potential of having to cough up a million bucks just for sending business-related email seems a little extreme.

How are we, the spamees, supposed to go about reporting this stuff? As an email user, do you even know? Is it similar to the Do Not Call list that was established but apparently still has no clout?

For these answers, I will leave it up to you to research. Why? Because if it isn’t clear to you now then obviously the government hasn’t done a very good job of educating the country. (I’d tell you to email the feds but I’m not sure if that is considered an allowable email and I don’t wanna be blamed for any fines you get!) 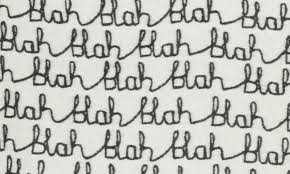