A few days ago there was a memorial for gay and lesbian teens who committed suicide in recent months.

Some deemed it “purple shirt day” while others just used it as a time to raise awareness about bullying in today’s society.

As part of my syndicated radio show we put together a special broadcast with former bullying victims and representatives from gay and lesbian organizations and even a couple celebrities.

Through discussions on the air we drew the comparison that in schools children are taught to accept others of their differences — even noting how the word “different” oftentimes has negative connotation.

Yet in recent years schools have had to go from having a “Christmas concert” to a “winter concert” so as not to offend those who don’t recognize Christmas.

Somewhere along the line the respect and education about the gay and lesbian community was missed out, according to some of the radio guests.

We talked about the tragic stories of kids as young as 13 years old deciding ending it all was the best way to deal with childhood bullies. A 13 year old committing suicide. Where and when is this OK?

Putting aside any opinions and attitudes towards any group of people in society, will anybody ever think a precious life is worth ending because some people have a problem with who you are?

In 2010, it’s shocking some people still don’t consider others as equals because they are “different.”

I encourage you to visit glbt.jbonair.com and listen to the special one-hour broadcast. And if in reading this you realize you need help, I also suggest you use the resource links on the page. 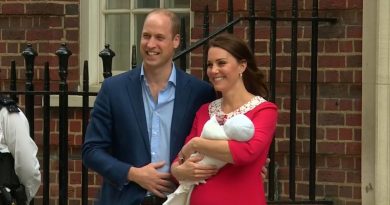