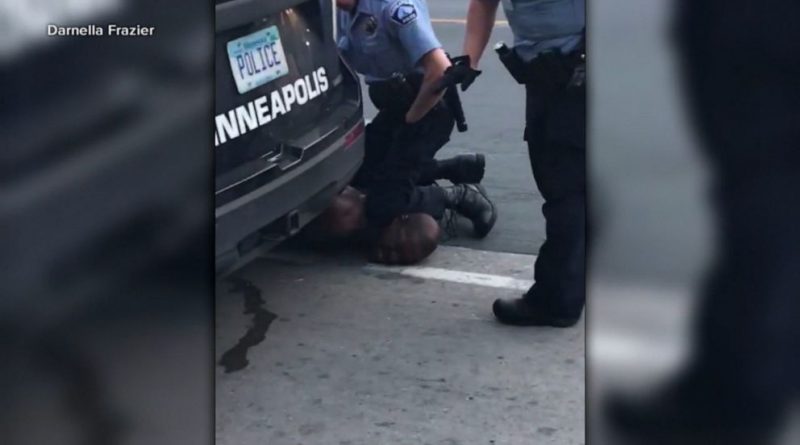 In recent weeks, the race wars have been heating up all over North America. And, as I’ve learned, you either say something about it or you’ll be accused of being complicit.

I’ve been called racist since the death of George Floyd in Minneapolis. It’s not because I said anything about the victim who was killed by police officers, it’s because I didn’t say anything… and because of the colour of my skin.

When riots and looting were happening across the U.S., I commented about the foolishness and recklessness that was only devastating communities in the path of their destruction.

People were riled up and accusing me of mocking Floyd or the people protesting. I did no such thing. I was being vocal about the goons taking to the streets and causing terror in communities.

I was bombarded with messages and tweets. Most of them were from “trolls” — people who just scroll and fire back at people’s posts to be a crap-disturber — the people who have nothing better to do than pick fights with strangers online.

Because I haven’t publicly taken a side on the Black Lives Matter movement, I was called racist. Someone forwarded me a tweet that basically said I’m racist by default because I’m white and silent.

The tweet said, “Any white or non-black influencers or celebs you follow that have stayed silent on antiracism are doing so because brand deals mean more to them than black lives. Not talking about antiracism because you don’t want to jeopardise your power upholds white supremacy. It is violence.”

Any white or non-black influencers or celebs you follow that have stayed silent on antiracism are doing so because brand deals mean more to them than black lives. Not talking about antiracism because you don’t want to jeopardise your power upholds white supremacy. It is violence.

I was quickly reminded that seeing that comment as racist is me being racist. It’s a lose-lose.

When you have a platform as I do — in newspapers, on the radio, in books and social media — there is a never-ended barrage of requests for you to share something with your audiences. You can’t post everything without your channels becoming one giant PSA. So, as I view it, it’s all or nothing. And I choose nothing.

Yes, I’m all for protesting, equality and standing up for what you believe in, but pressuring someone or shaming them into sharing your message isn’t fair. I know that many personalities and companies post support simply as a PR move — because “it’s the right thing to do.” That is disingenuous, if you ask me.

RELATED: When Mom takes care of her Balti-moron son

I challenge that tweet knowing that defending my position will somehow get me called racist again. Is it accurate to say that any business that doesn’t post about Pride is homophobic, or rebrand their logo pink for breast cancer month hates women? Is that a reasonable assumption? No.

For some reason because I didn’t post a black square last week or condemn police based on the actions of a few bad cops, I’m guilty by association, according to the mob.

While writing this column, I ran it by one of my broadcasting colleagues and she said, “You’re going to be called racist for this.”

It’s a weird double standard that I should stick up for one race while saying I’m ashamed of mine and agree that I live a life of privilege. (Spoiler: I grew up in Winnipeg’s North End… and I didn’t pick my skin colour.)

“As a white guy, you can’t win right now,” someone later messaged me after the Twitter mob attacked.

As Lady Gaga says: I was born this way. I will not apologize for being white.