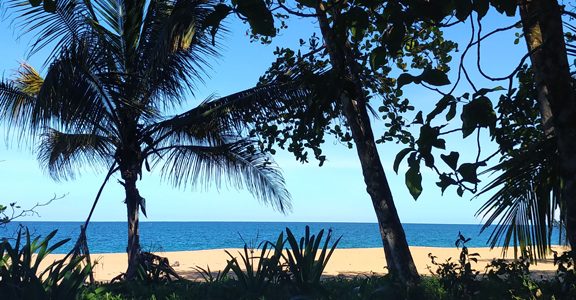 I spent a few days in paradise. I was removed from all the comforts of home and all the intrusions of everyday life. And it was damn good. Really good.

Being the city slicker that I am, I cringe at the thought of being away from the usuals: my TV, my couch, my fridge, my bathtub, my email. The things we experience every day. (And no, I’m not addicted to my phone so any chance to get rid of it, I will absolutely toss it aside. Remember, I wrote the book called Put Down Your Damn Phone Already.)

Travelling is one of the great ways to leave life behind and explore something new. Sometimes that exploration is another culture somewhere across the globe and other times it is also a journey within yourself. When I went to Panama, I didn’t plan on doing it, but I learned a lot about myself. It was incredible.

I spent a couple of days on a remote island with no outside interference to distract me. Admittedly, at first I was pretty bored. I had a private house on the ocean but the novelty of looking at the beach in the daytime and hearing the waves crashing at night wore off. It wasn’t until a day in that I was lying on the bed thinking, “There’s no TV, there’s no phone, there’s nothing here. This sucks.”

The resort was minimal. There was a restaurant and a pool and the beach. That was it. It was off the grid so that meant they didn’t use any high-powered electronic devices. The water was rainwater from a basin. I didn’t have a proper shower and could feel the sand on my skin and in my hair even after what I thought was a good rinse.

It was rustic and charming before it became annoying. Once I finally came to understand that that was the point, I fully embraced it. It wasn’t until I packed a bag and walked about two kilometres down the isolated beach that I appreciated the experience for what it was. It was an escape.

That afternoon I spread out my towel, randomly splashed in the water and appreciated a bottle of wine on the beach. It was then that I got it. I got the reason why the resort existed. Sometimes you want to go away and just do nothing.

It’s true that for the first hour I constantly looked around to see if anyone was nearby. I never knew if somebody else would randomly show up and interrupt the tranquility. It was completely secluded and there were no other humans anywhere.

Eventually I completely let loose and stripped off my swimsuit and was naked on the beach. There was nothing sexual about it. I’d never gone to a nude beach before — let alone been bare butt in public — but there was something freeing. I got caught up in the moment. I realized nature was pretty cool.

I frolicked in the ocean, diving into the waves and splashing in the water with my man parts swimming along with me. It felt liberating. Not to say that I am becoming a nudist but I immersed myself in the moment and decided it was OK to be without Wi-Fi and TV.

If you have never disconnected and shut yourself out from the world, I highly recommend it. Take a moment to escape the day-to-day world and find yourself without any outside influence and distraction. It took me a while before I appreciated my desolate surroundings but eventually it clicked and I could have stayed there forever. (Unfortunately it was a work trip and I was there to report on the area for radio broadcasts. But getting paid to visit paradise is pretty sweet.)

See more from my Panama adventure at panama.jbonair.com. 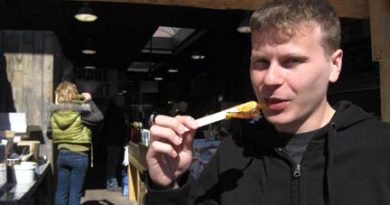