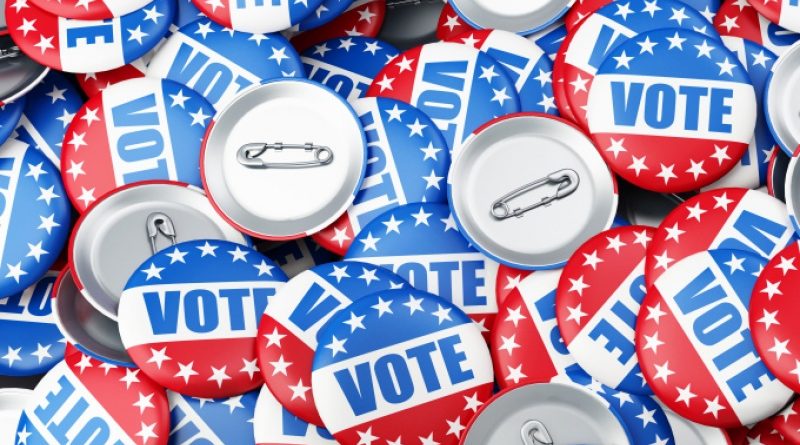 As a Canadian, I always thought our politics was confusing. But watching the U.S. midterms last night I realized that politics in both countries is strange. And I’m not talking about the dramatic mudslinging campaigns, I mean the way the system works.

Leading up to election day yesterday, the news coverage made it clear: Democrats needed to swoop in so they could do damage to the Trump administration. That was my takeaway, anyway. With the cable news debates and late-night hosts hyping up the big vote, it was must-see TV, suggesting the masses would show up and vote and the country would be changed by the, well, blue wave, as it was called.

I eagerly awaited Tuesday night’s live coverage of the election results. Everybody made it sound like there would be a shocking outcome, similar to a rose ceremony on The Bachelor. Who would go home devastated? I couldn’t wait to find out. Turns out, it was largely the on-air hosts that seemed duped by the polls and research they’d done. (Remember when they said Trump would never win the presidency?) At one point, early in the evening, a CNN commentator seemed like he was going to have a breakdown saying he was disappointed by the early results.

As I settled in Tuesday night with a Canadian whisky and some chips, I prepared myself for hours of uninterrupted TV watching. Instead, I was more into my snacks than what was unfolding in the U.S.

See, the coverage was so manic and frenzied with giant touchscreen TVs zipping from one state to another and zooming in on regions at a rapid pace, lost me. It lost me real quick. Even though I knew the desired outcome — Democrats unseating Republicans — there was so much math involved that I was waiting for a bombshell announcement to help me catch up. Give me a blaring on-screen graphic. Show a fireworks blast with the name of the party. Anything.

Needing 32 seats and leading in four and stealing 12 and this-state-has-this-many-up-for-grabs-but-it’s-a-red-state had me think, “These chips and this onion dip are fuckin’ awesome.”

A couple of hours in I got up and did stuff around the house and returned to the TV when the comedic late-night hosts would sum it up for me. Problem is, they were live and reporting the results, too. My only takeaway from watching the Late Show with Stephen Colbert was that any time a Republican was shown to have won a race, the audience booed. So… I guess… that… was a bad thing?

True, if I was living in the areas that were discussed on TV and the people running would soon be leading my community, then I might have been more invested. But in the midterms it almost seemed like the candidates were pawns for the bigger story playing out: disrupting Trump’s presidency.

The national focus was tallying up people. It had nothing to do with the actual candidates in different communities and states. They were just another tick on the tally for or against President Trump.

That was my takeaway from the midterms. It had nothing to do with celebrating the regional outcomes of votes. It was all about how the vote halfway through his presidency would affect Trump and his White House.

Sometimes I’m grateful that Canadians aren’t gungho and fired up about politics. I couldn’t handle the constant roller-coaster of emotions (and aggression).