American commentator Ann Coulter is a hateful, offensive and abusive woman – at least according to people chiming in after Coulter went off on Delta Airlines last weekend.

Coulter said she pre-booked her seat for a flight but when she boarded the plane discovered her seat had been assigned to someone else. Who was that someone? A “dachshund-legged woman” and an “immigrant” who takes American jobs, so said Coulter. Coulter photographed the woman and posted on Twitter.

Through a series of tweets she unloaded on the airline and fellow passengers and was even called out by Delta who said her tantrum and attacks were “unacceptable and unnecessary.”

While rare for a company to hit back like that, especially given the current public opinion towards airlines, Delta was actually applauded by people for taking a stand and acknowledging that Coulter was being juvenile and immature.

Is this the beginning of companies sticking up for themselves and not being punching bags by upset customers?

Admittedly it seemed odd that the airline would bite back. I know from PR experience the right thing to do is apologize to the customer but not engage in battle with someone who is fired up. While you can say the airline said its peace and let Coulter make herself look stupid, it was nice to see Delta stick up for its customers and employees who were dragged into the public spectacle.

But will this set a precedent that to have people lash out just to get the same 15 minutes of fame? Not to say that Coulter is highly regarded by the general public but we know how people will try to get their turn in the spotlight on social media.

For its part, Delta refunded the $30 Coulter paid to pre-select her seat, though Coulter said she spent upwards of $10,000 worth of her time researching the plane and checking out where she should sit.

Poor Ann. I don’t know what’s worse: not having the legroom she expected or being a celebrity who books her own travel. 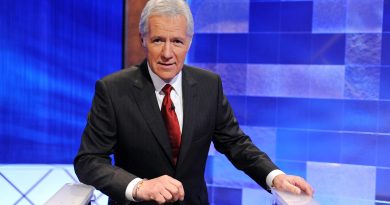 ‘Who is an inspiration to humanity?’