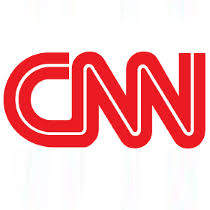 Us media types come under fire when there’s a national tragedy and reporters flock to the scene to bring audiences coverage of what happened.

Lately it’s been CNN reporters who are seemingly bragging about how many lives they’ve saved in Houston amid the flooding, or they’re being accused of faking a rescue, or better yet – getting told off on live TV by a flood victim sick of the TV cameras in her face.

Keep in mind the only reason they are broadcasting 24/7 is because there is an audience hungry for the details. It could be argued CNN was relaying information during the storm to people affected in the area but largely it was a worldwide viewing audience wanting to see things play out.

Yes, people say the media is quick to jump to conclusions and often gets facts wrong as a story is still developing, but now people – anybody with a smartphone or Internet access – have the ability to be their own mini news outlet. Newsgathering has turned into a matter of speed and not accuracy when it comes to reporting.

Reporters and photographers can’t be everywhere all the time. In the never-ending news cycle, if you don’t get the story out now it will be old news within an hour. This is where “citizen journalism” comes in because people can snap a pic and post it online for millions to instantly see. Today’s society has become too quick to dissect a picture and tell a whole story based on what you’re seeing – or what you think you’re seeing.

Where many newspapers used to buy images from people, now they save money and encourage audience participation. It’s easier to get news content in terms of visuals but people still rely on credible news outlets for the facts behind a story. That’s where the reporters come in.

It might seem intrusive that reporters and news trucks are camped out but nobody is making the victims to talk to them. The distraught people answering the questions are willingly doing it, aside from that one woman on CNN, but then I question why she was standing with the reporter getting ready to go live, anyway.

Before anybody is quick to accuse the media of being insensitive, think about how many hours of its news coverage you watched or how many pages you read. We give it to you because you want it. And we thank you for your attention.