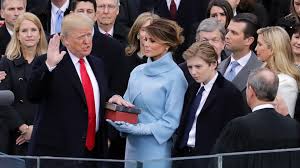 There are two kinds of people in this world – at least according to social media. I learned this on Friday was I was essentially live tweeting all day as Donald Trump became the new president of the United States.

The world, as I saw it on Twitter, has come to this: You’re either the bitter bigoted sexist homophobic racist – or – you’re the victim. I can back this up with specific examples of what people tweeted. (Though I won’t quote them because we can’t print those words in the newspaper.)

First off, making jokes about politics seems like fair game to most people. But if the wrong supporter catches your comment you better watch out. I made a joke about Trump and I was bombarded with hateful messages saying I am a crybaby Hillary supporter who needs to shut his mouth. When I mentioned I was from Canada and didn’t care about either candidate I was on the receiving end of insults about our country and attacked relentlessly.

The following day after the inauguration when the world had “women’s marches” I questioned what exactly the point was. I am all for people expressing their opinion and protesting but what did people hope to get out of it? Maybe I am being ignorant but was the purpose to have Trump take notice and change his ways? Was it to get people so revved up that they vote next time to eliminate the possibility of a closed-minded president? Was it for anybody who’s ever felt discriminated against to speak up and shout to the world? I really didn’t know.

My question was attacked and I was called a chauvinist and accused of being someone who feels women should shut up and know their place in the world. Yes, just by asking a question. I genuinely wanted to know what people hoped to accomplish. It reminded me of the Ice Bucket Challenge everyone jumped on a few years ago. Sure, everyone did it but do they really know the reason for it? Most didn’t. They just did it because.

Fortunately I am the opposite of Trump and most tweeters in that I shake my head and avoid the conflict. I have no interest in engaging in verbal brawls with strangers. I really don’t understand the purpose aside from getting people revved up and then laughing about it. Thankfully I have better things to do with my time. 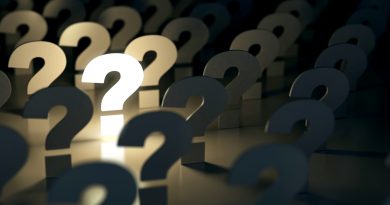