Fall has set in and it’s the time to watch all the little critters scurry around and gather food for winter. Thankfully the minimal snow and mild temperatures are giving them an extra bit of time to stock up for the season. As I see the rabbits and squirrels run around I can’t help but think how other creatures lead such a simply life — and it seems refreshing.

The rabbit living under my front steps doesn’t worry about paying bills or having the latest and greatest prized possessions. Maybe he takes pride in a collection of acorns, but that’s probably about it. The little bunny doesn’t worry about the price of gas (though everyone is loving the low prices as of late), he isn’t concerned about his favourite TV show getting cancelled.

Maybe he worries about the wandering cats in the neighbourhood but otherwise he doesn’t expect much out of life.

At the same time, if he gets uncomfortable in his current home it won’t take him days or weeks of packing, he just won’t come back. He doesn’t find a newer place where he can afford the taxes, he looks for something sheltered and is just fine with a hole in the ground. If he needs to build his own place, the real estate is easy to obtain. He digs for it.

So I can’t help but think about how complex many of us humans make things. We are easily upset by the slightest things in our immediate-gratification world.

What are the things that make an animal upset? Difficulty in finding food. Sure, I get that. A predator coming to eat them. OK, that last one seems like a fairly substantial concern but at the end of the day, animals aren’t trained to be spoiled with luxuries. And what they consider luxuries we think would be ridiculous.

Then again, it kind of makes you wonder about life for humans in underdeveloped third-world countries where shelter, food and death come to people in a fashion you wouldn’t even want an animal to face. Think about that next time you curse your cellphone with no signal or your slow Wi-Fi connection. 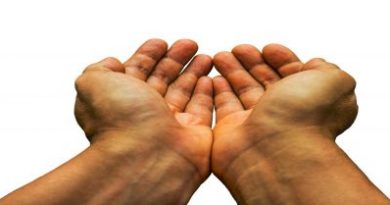 And so the charitable begging, guilt trips begin