To my fellow Manitobans: I am experiencing life as we used to know it.

Prior to pandemic shutdowns, how often did you find yourself saying, “I can’t wait to go to the U.S.?” Rarely? Never?

I’m halfway through a work trip to Nashville. Truthfully, I was nervous to travel because of the constant fearmongering by our elected officials. How many times have we been told – in these exact words – “now is not the time to travel?” To them, I said (and still say), if you’re from Manitoba, now is definitely the time to get out.

Aside from the inconvenience of having to get COVID tested in Winnipeg days before my departure, not much was different about the travel experience to the U.S. In fact, when I went through U.S. customs at the Toronto airport, I wasn’t even asked for my test results that were required to fly. (That was $177 well spent.)

The only noticeable difference during the travel was the Winnipeg airport was practically a ghost town. When I checked in at the airline kiosks there were no other passengers around. Ditto at the security checkpoint. Other than that, it was business as usual.

Sure, the planes were largely empty with roughly 10 passengers flying from Toronto to Chicago. I’m not complaining because it ended up being a quiet and relaxing flight. Arrival in Nashville was uneventful. I left the airport and ventured out into the reopened city where practically nobody was wearing masks.

When I arrived at my hotel on a Monday at 9 p.m., loud music could be heard thumping from both sides of the street. The city was alive. The clubs were packed. There was no shortage of nightlife – a total 180 from what I left in Manitoba.

Truthfully, I was uneasy seeing so many people maskless in close proximity. When I wore my mask, I was getting side glares and strange looks from people. They made it clear that masks weren’t tolerated in their city anymore. Nevertheless, when I was in close contact, I stayed masked.

It didn’t take long for me to forget that North America is still battling a pandemic, though the one time I checked Nashville’s prior-day COVID numbers there was 19 reported cases in the city. Aside from hand sanitizer stations everywhere, you wouldn’t think anything was amiss in Nashville. It was weird, it was scary, it was… eventually a nice change.

It’s weird for me to say that I don’t want to return to Canada. I got a taste of freedom and I’m not ready to leave it. I’m wondering if there’s a way I can extend my stay or even visit more American destinations while I’m here.

It’s peculiar for a Canadian to feel but that’s the reality given how our country has fallen behind that we’re now on the world stage as a political sideshow of cluster-F’s.

So, again, I disagree with the prime minister. Now is THE time to travel.

Prediction: It’ll be a black and blue Friday 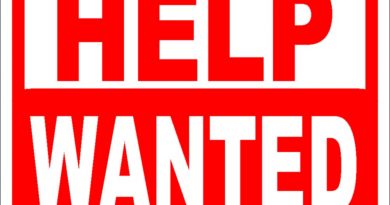