I wondered if I was alone on this. In today’s world where it is hard to know when people have deep feelings towards something aside from what is blasted all over their Facebook or Twitter page, it made me think if these two topics are still hot-button issues as they once were. So I asked around.

My grandmother is at church every week and she has a darn good reason if she has to be absent. I asked her about the demographic and she said there are very few young people worshipping nowadays. (At least at the church, anyway. There’s probably an app for that or something.)

Is church a thing of the past? Is society too self-involved that church is seen as a waste of time in today’s busy world? Before you start writing me hate mail, I’m just putting the question out there after making societal observations.

Keeping with beliefs from my grandma’s era, marriage was very important – also closely linked to the church. Today’s youth has such a carefree attitude and view of “disposability” when it comes to relationships that the dream of a spectacular wedding day isn’t shared by youngsters.

It is interesting how some trends are passed down the generations and how some habits that were once so prevalent in society are gradually disappearing. Do we blame social media and technology? I don’t know. 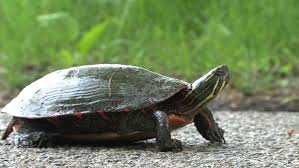