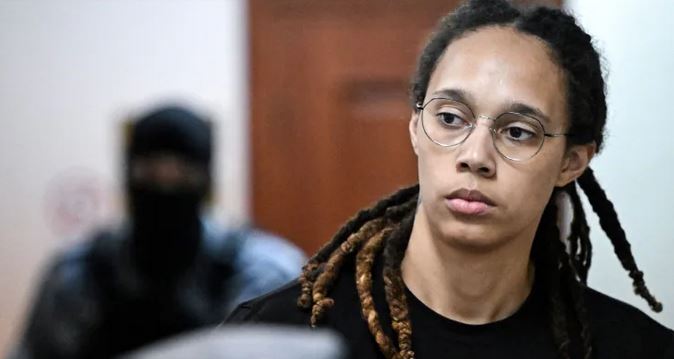 As I write this, American basketball player, Brittney Griner, is being sentenced to nine years behind bars after pleading guilty to drug charges in Russia.

The story has made international headlines for months, with U.S. President Biden vowing to personally be involved in an attempt to free Griner. Turns out, his clout (as of now, anyway) didn’t make a bit of difference.

Griner was apprehended with cannabis oil vape cartridges in her luggage near Moscow in February. Such products, for both medical and recreational use, are illegal in the country. She was arrested and admitted they were hers, saying she didn’t intend to break the law. Still, it made no difference when being slapped with nearly the harshest penalty by authorities.

Throughout the ordeal there have been two sides most onlookers have been on: One side believing the arrest was simply a political move with Russia targeting its Western enemies, and a much smaller and less vocal side believing that Griner was in the wrong for travelling to a region that had a travel advisory and likely knowingly breaking the law.

Over the course of 10 years on my syndicated radio shows, we regularly travelled to other countries and broadcast travel/tourism programming. We were always mindful of any potential dangers or threats to safety.

One of the biggies for me: How do they treat gay people? Moreover, is my being there illegal simply because of my sexuality? It’s not to suggest I was about to have sex in public and break the law, but we knew that just because of who I was married to back home could get me in trouble. We knew the risks of going and we either pursued the content or said it wasn’t worth endangering my safety or risking my freedom.

The first time we went to Mexico, we reviewed closely any potential dangers and/or crimes to be aware of since they were likely different than my homeland of Canada, despite the close proximity. Turns out, it was always a great place to feature across our platforms. Are there dangers and dangerous regions? Sure. But we avoided the ones government officials listed on federal websites.

In 2017, we visited China for the first (and only) time and, I have to say, I was nervous throughout the entire experience. Even though I was invited there for an international tourism festival and it was in partnership with a major Canadian airline’s press trip, I still couldn’t help but feel uneasy nearly every minute.

Truthfully, I didn’t know the ins and outs about various laws even though we spent a lot of time researching beforehand. I was reluctant to hand over my passport to our chaperones but went along with it anyway so as to avoid any drama. I was warned ahead of time that my internet use was likely being monitored and my phone signal could be on their radar. At the same time, I knew I wasn’t using them for anything forbidden so it wouldn’t have been a problem.

When we broadcast from Panama, I almost crapped my pants at the airport while reviewing the customs form to enter the country. I noticed there was a maximum number of electronic devices as passenger could bring into the country. (I had three cellphones which was apparently not allowed at the time.)

Immediately I started playing out a bunch of scenarios in my head. Should I plead ignorance and say I didn’t know about the rule? Do I explain my story and say I’m a journalist who is using them for work and to promote travel to the area? Do I let them confiscate what I’m not allowed to bring? Do I offer to pay a fine and avoid any drama? Will I be thrown in jail and how do I communicate that with my broadcast team – and family back home?

Point being: I might not have knowingly broke local law but in a matter of 10 minutes with my mind racing in fear at the airport, I was prepared to accept any and all punishments that might come my way. Fortunately, nothing happened and I was able to carry on.

For Griner, perhaps her nine-year sentence is extreme. Sure, she’s higher profile than some unknown radio guy from Canada but, like some of the non-defenders of Griner are saying, “You do the crime, you do the time.”

Finally, they envy us