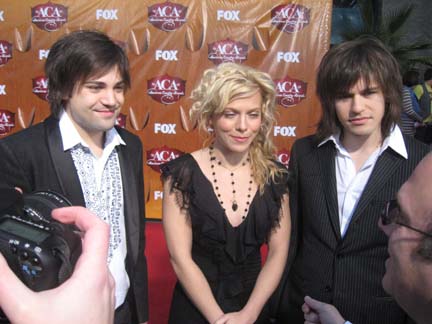 Last week in this column I relived my embarrassing beginnings of celebrity interviewing in Canada. If you missed it: I was nervous, I wanted to fit in, I overdrank, I embarrassed myself.

Now that we’re all caught up, let’s look at what happens when interviewing American talent.

It was difficult getting interview time with American celebrities because at the time I didn’t have a platform that appealed to their managers and publicists. As soon as they heard “Canada” as my location they would generally steer clear of me — unless, of course, Canada would have been their target audience, though that is rarely the case.

Like other differences between our two countries, covering a Canadian red carpet is different than an American one.

I can’t help but feel that Hollywood has set the standard of what a red carpet should be: who are you wearing, the glamorous superficial stuff — all the questions you hear when watching it on TV.

But in Hollywood, they eat that stuff up. It is expected that you ask them why they look the way they do. That has never been my approach. One, because I don’t care about fashion. And two, I’m not there to kiss their butt and tell them they look great.

I think my questions often come as a shock. I talk to Hollywood celebs like they are real (meaning “regular”) people. Are they less interested in talking to me at that point? Not really. OK, maybe some of them are. I think they are more caught off guard. People who have been in the industry long enough appreciate the real chatter.

Ultimately the purpose of a celebrity doing an interview is to promote something. Whether that is a new movie, a new album or some sort of charitable cause, the point is to get the message across to fans and potential fans.

And with the amount of tabloids and ambush on-the-spot questions “reporters” or paparazzi ask, it is no wonder that celebrities sometimes have their back up and wonder why you are being nice with the line of questioning.

Are they expecting you to zing them with a controversial question? In Hollywood, yes. In Hollywood North — that’s apparently what we’re known as in Canada – I would say no.

What is the best part about covering a Hollywood red carpet? Pretending to be interested in people I couldn’t care less for, playing the part for a few hours, and laughing all the way back to the hotel at how crazy of a town it is.

No sympathy for celebs