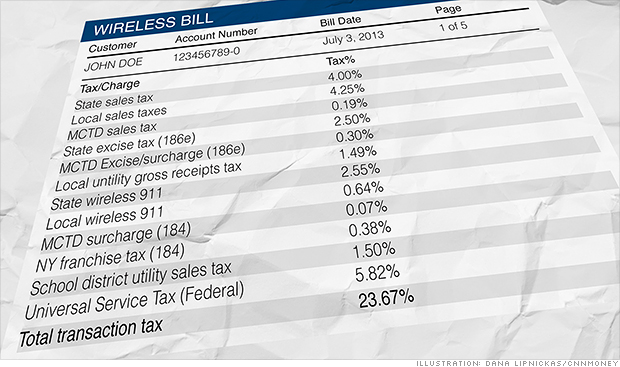 Canadians are abuzz about cellphone technology. How could we not be? It’s the way of the world. But the downside is consumers are getting the short end of the stick.

By now you’ve probably already heard the talk (and gripes) about new charges some cellphone customers will pay. Not that I want to reopen the wound, but Telus and Bell clients might soon pay for incoming text messages if they don’t have a messaging package on their billing plan. A government minister quickly stepped in, telling the companies to explain the reason for changes.

We’re also suckered into signing a two- or three-year contract just to get a moderately mediocre discount on an over-priced wireless device.

And who can forget the threats of a class-action lawsuit against all the major providers over the controversial $6.95 “system access fee”? We pay it every month. Why? And since every company charges it, it makes this industry standard and strangely acceptable for users in the eye of the corporations.

Now with the iPhone controversy and people at Apple reportedly not liking what Rogers is plotting with price plans, it once again throws into spotlight the question about fairness in the Canadian cellphone market. It took public pressure, but Rogers quickly modified pricing, however, still not fully the way people had wanted.

It’s almost like booking a flight nowadays. A $4 flight with WestJet was over $80 after taxes and other charges. Same thing with a cellphone bill. Your actual price plan is $15 per month but the bill comes in at a whopping $50 or $60.

Years ago I discontinued MTS home phone service because I refused to be nickel and dimed for every little charge and fee. You might recall commercials making light of the ridiculousness of that. Now, the same thing is happening for cellphones. Not one company is boasting fee-free wireless packages. Is it only a matter of time before this happens with cellphone technology as it did with home phone service? Or are we stuck with having no choice and paying the overly fee’d monthly bills?

In a country where healthy competition is encouraged, it leaves us scratching our heads wondering why we allow these companies to dictate how much they’re going to screw over the consumer rather than give us a break. But as we’ve seen, we push them a little and they respond in our favour.