In light of the devastating Australia wildfires, celebrities are stepping up and offering their support of the relief efforts. And by that, I mean encouraging the public to do something (read: give money).

But it often makes me wonder about their own personal involvement. True, it’s admirable for them to use their platform and social media audience to bring awareness but are they putting their money where their mouth is (or where their typing fingers are)?

I realize that it’s classy to quietly give and support a cause and not draw attention to yourself. After all, that would seem self serving. But in the case of someone telling you to participate in something, I think it’s reasonable to hear how they’re participating, too. Passing along a message isn’t enough in a time of crisis.

It’s one thing to say, “I just donated $1,000 to such-and-such charity” and wait for the applause from your fans. But it’s another to say, “Hey everyone. Australia needs our help. Please do what you can to support people in the area. I just gave $10,000 to relief efforts. Together let’s help them out.”

Yes, they’re still patting themselves on the back in a roundabout way but at least they’re outlining that they’ve done something. (Though, if a multimillionaire is only giving 10k I’d probably criticize that, too.)

The Kardashians recently took heat for encouraging their followers to get involved.

Someone tweeted, “nothing gets me more heated than to see the Kardashians/Jenners talk about climate change/wildfires & not donate even a penny.” I should note that the tweet was later deleted.

There is a part of me that wants to know how much Kim gave. Quite honestly, she has no problem telling people how much her bling and other prized possessions are worth, why not talk about how much she’s given to the cause?

Don’t get me wrong. I know the Kardashians and Jenners are charitable people from time to time. But sometimes it is refreshing to know how much of their money is going to help communities in need. Maybe if the public knew that, they’d take it easy on the socialites and their PSA posts.

Oh, how the tables turn… and the room spins 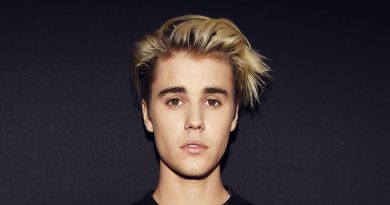