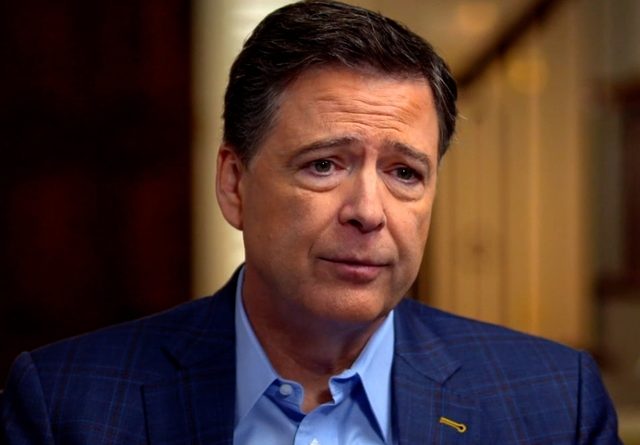 As he does the media rounds to promote his new book, recently fired FBI director James Comey reveals some things about President Trump that we already knew: he’s orange, has bad hair and small hands. And since those details dominated the headlines ahead of the book’s release, did Comey miss the mark on sensationalism?

Now that the highly anticipated Comey book, A Higher Loyalty: Truth, Lies, and Leadership, is in stores and people are clamouring to read the dirt on Donald Trump, Comey actually makes himself look petty with personal attacks on the president’s appearance. (Seeing the sit-down interview with ABC News’s George Stephanopoulos on Sunday, Comey’s eyebags were pretty distracting to TV viewers. Just sayin’.)

Few of us thought we would see a time when people in such positions of power would resort to name calling and attacks on physical appearance. Rarely do we hear grown men talk about each other like this and on such a grand scale. Trump took us there when he was on the campaign trail and it has only escalated since.

When Hillary Clinton said, “When they go low, we go high” I thought maybe that would elevate Comey to the standard of not being petty and commenting on someone’s appearance. The only thing someone has to do to upstage Trump and have a mic-drop moment is to be professional and speak eloquently without hurling insults.

Now, as someone who has written books, I understand having to give a narrative to either set a scene or lighten the mood. Though in Comey’s book, I can’t see the need for him to humour readers.

I can compare this to Michael Wolff’s Fire and Fury book which was full of bombshells (and mistruths, depending on who you ask) that had people buzzing and anticipating the page-turning read weeks before it came out. That even prompted the publisher to release the book early.

For Comey, he’s been doing the media blitz and the headline-grabbing pull quotes from his book are about Trump’s looks. Yes, there are other things like Comey believing Trump isn’t fit to be president and blah, blah, blah but that is overshadowed by the juvenile remarks about the president’s body.

Did Comey do himself any favours by giving a Fashion Police-esque review of an unfashionable guy? No. Will it help him sell books? Probably. Will it get him a TV gig or a movie deal? Yeah, now you see where this is going.