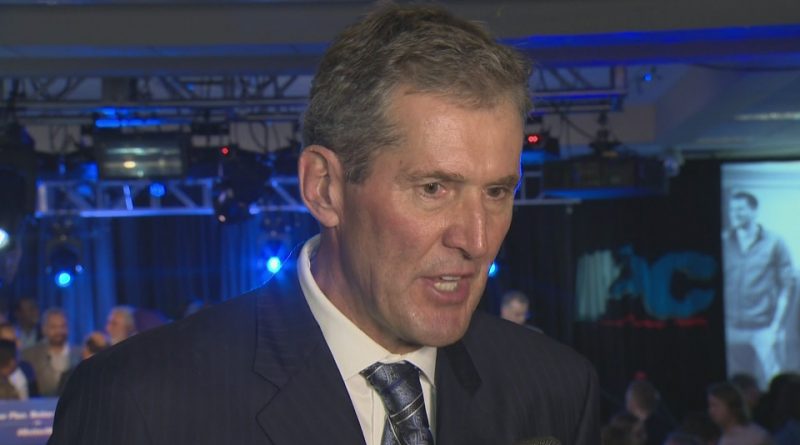 Are you fearful of talking nowadays? And I’m writing to the men on this one. Though even that statement will probably have me thrown to the wolves.

Every few weeks I seem to be commenting on the status of the world. As of late we’ve seen career-ending scandals take down men in high places. Don’t get me wrong, most of them deserve it — if we’re basing it on consensus from the court of public opinion.

But now, a premier commenting on a woman’s shoes has gone too far.

You’ve probably heard about Heelgate in which Brian Pallister commented on Winnipeg Chamber of Commerce chair Johanna Hurme’s footwear at the state of the province address last week. It was meant to be a height joke, he said, but it blew up in Pallister’s face‎ and he was forced to send out a clarification.

Maybe Pallister felt the wrath just because people can’t spend as much time in Costa Rica as he does, but I will admit when I saw the headline that people were demanding an apology, I disagreed with the mob.

If Pallister was made to say sorry, and said so because he was forced, it goes back to my column a few weeks ago when I wondered if we really mean apologies when we are expected to give them. And do we actually accept an apology when we know someone is cornered into giving one?

Also, this opens the floodgates for people to demand apologies for anything. (Although, we have seen Justin Trudeau on the apology circuit lately and the scandals were decades old.) Once that happens, we’ll be in a constant state of remorse and I don’t see it moving our overly sensitive society in a good direction.

Did Pallister intend to make a sexist comment? Who knows, we’ll just have to take his word for it. Does it mean he’s a terrible leader because of it? Not really. Just a bad comedian. And if you look at what other political leaders can get away with, commenting on a gal’s shoes isn’t all that harsh. (Wait, can I write “gal” or is that… ah, never mind)

Taxpayers cover my room and meals if I break the law, but not if I legally travel during shutdowns